What Does Intergrade Have In Store For Us?

People who played the original game – and, let’s face it, to fully grasp the sheer genius of Remake’s meta spin and numerous twists – will know that Yuffie didn’t initially appear until well after Cloud and company left Midgar, but the remake is doing things differently – and the new biographies for both characters will give fans a lot to chew on before the episode drops later this year.

A member of Wutai’s elite ninja operatives. She goes by several self-proclaimed titles like the “ravishing ninja beauty” or “world-class materia hunter.” She uses a large shuriken with agility and ease to defeat her enemies. Yuffie is working to save her hometown of Wutai, after its loss in the war against Shinra. She is tasked with infiltrating Midgar as a part of a secret mission assigned to her by the Wutai Government.

A soldier from Wutai. He studied under Yuffie’s father, Godo, learning how to use martial arts and a staff. He fought in the war against Shrina at a young age and still harbors a deep resentment against the company. He has been assigned to work with Yuffie, who is his superior despite her being younger than him. 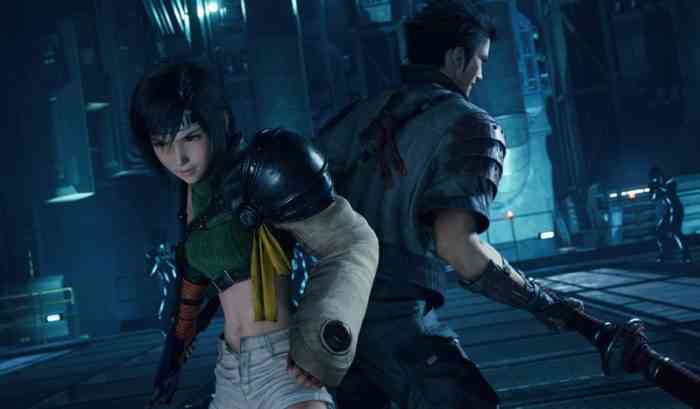 In battle, Sonon uses a staff, much like resident mage Aerith – but unlike her penchant for using the staff to channel her magic abilities and shoot orbs of light at her foes, Sonon’s battle style is all about getting up close and personal, beating his enemies to a pulp.

While players won’t get to control Sonon – much like Red XIII’s status as a guest star party member in part one of the remake – we don’t know at this point whether he’ll join the party in Part 2. However, given that part of the remake’s twists on the original involve certain deaths being averted, it’s possible the party will be bigger than we remembered, so what’s one more badass?

Do you think Sonon would make a good addition to Cloud’s team? Let us know in the comments, on Twitter, or on Facebook.