Ratchet & Clank Gets a New Trailer and Release Date

The next game in the Ratchet & Clank series, Ratchet & Clank: Rift Apart finally received a release earlier today. The game will be coming exclusively to PlayStation 5 this summer on June 11. 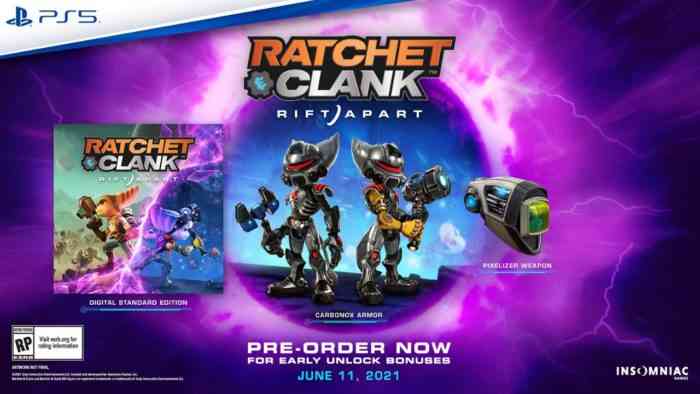 The release date was announced earlier today through a brand new trailer posted to the game’s social media accounts.

Marcus Smith, Creative Director Insomniac Games posted a breakdown of the game on PlayStation’s blog page. Include in the breakdown was the following description for the game:

“Ratchet & Clank: Rift Apart is a brand-new full-length adventure. When the evil Dr. Nefarious uses a device that can access alternate dimensions to find a galaxy where he always wins, Ratchet and Clank are separated. As they try to reunite, they will meet a new Lombax resistance fighter, explore new and familiar locales (but with new dimensional twists!), and wield a whole new arsenal of out of this world weapons.”

For those who have never played a Ratchet & Clank game before, Smith notes that this is a great one to start with as it is a completely standalone story.

“If you’ve never played a Ratchet & Clank game before, this is an excellent one to start with as the adventure is a stand-alone storyline, but longtime fans of the series will find deeper layers of connection to previous games.”

You can check out the new trailer for the game below:

KAKU: Ancient Seal Will Release On PlayStation and PC In 2023
Next
EA Has Acquired Glu Mobile For $2.1 Billion
Previous
The Callisto Protocol Devs Team Up With Skybound Entertainment