Return to Miitopia on Nintendo Switch Later This Year

Having customizable main characters is not a novel idea. A ton of games have character customization screens that you can pour an hour into and then cover them with armor so that you never see your creation again. Nintendo is taking that concept a step further with a re-release of Miitopia by allowing players to design not just your own character, but almost every character in the game, as well as the big bad. This game came out at the tail end of 2016 in Japan and in 2017 worldwide, but it will now get a second chance this year. 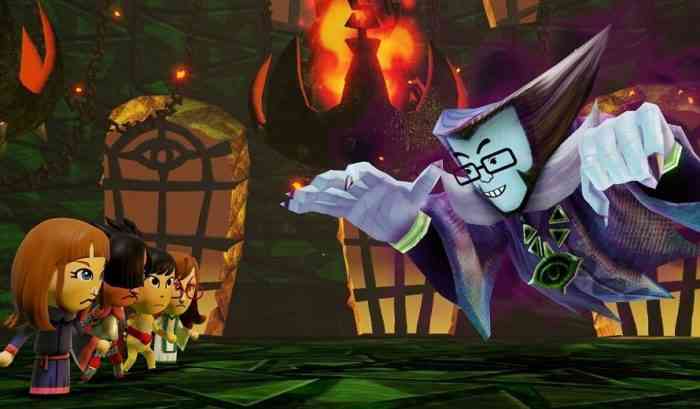 Back when the Wii launched, everyone had fun making their Miis. Miitopia was one of Nintendo’s games where you could import your Miis’ likeness and take them on an adventure of knights and wizards. In the Nintendo Switch version, players will have more opportunities to detail and customize their Miis. Make-up and wigs will help you add more glam and hair options than the 3DS version. The trailer focuses on these additions, as well as the importance of relationship-building between Miis. Strong connections will aid them in battle while poor ones will be a detriment.

If characters in adventure games of years past have disappointed you, then Miitopia should solve that problem. Miitopia will be coming to Nintendo Switch on May 21st.

Did you play Miitopia when it came out in the 3DS? Let us know in the comments below.