Things Are Going Bump in the Night, And This Time It Isn’t The Cat

Horror games are great because they thrive on vulnerability. Sure, there are outliers, but there are also games like Alien Isolation that put you in the shoes of an inexperienced person facing impossible odds. Some, like Among the Sleep, take this further, putting you in the shoes of someone with not only no ability to fight back, but someone whose age or ability puts them at a very real disadvantage.

You’ve played as a toddler, now get ready to play as a cat.

Etched Memories puts you in the paws of an intrepid feline called Biscuit, who wakes up during a storm to find that his beloved mom has gone missing, and sets out to find her through the memories he’s clung onto.

The game’s currently in development, but you can play the demo right now on Steam (And see the trailer for the demo above.) At the moment, developer From Scratch is comprised of just two people, but they’re looking to expand the team and are actively hiring professional character artists and animators. Given that the internet is obsessed with felines, I can’t see them having too much trouble attracting new members to their team.

Of course, the game is likely to be a harrowing experience for pet owners around the world. I’ve had cats all my life and I know from experience how terrifying and heartbreaking it is to find out that they’ve been hurt. Still, any game that lets you play as a cat is bound to get a lot of attention, regardless of genre, and players will likely feel a very real responsibility to get Biscuit through his journey with all nine lives intact. 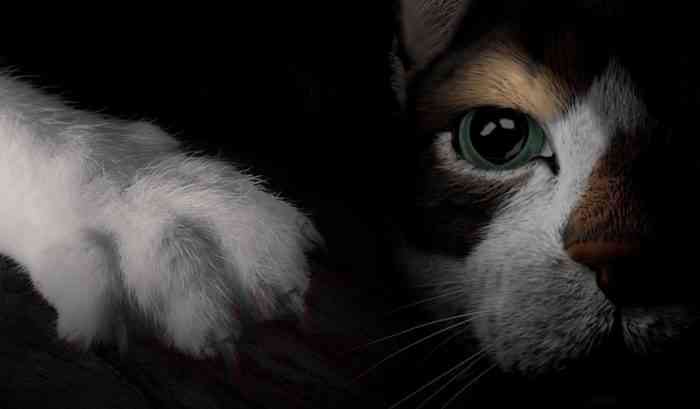 
Google Deny They Were Working on a Hideo Kojima Horror Game