During the opening night of BlizzConline 2021, Blizzard Entertainment officially confirmed another class coming to Diablo IV. The Rogue was one of the original Diablo classes and it looks like Blizzard is eager to revisit the character with the next installment in the series. The Rogue specializes in Shadow Realm, Exploit Weakness, and Combo Points which can all be used to defeat its foes. Diablo 3 is available right now for last-gen consoles, Xbox One, PS4, PC, Mac, and Nintendo Switch right now. 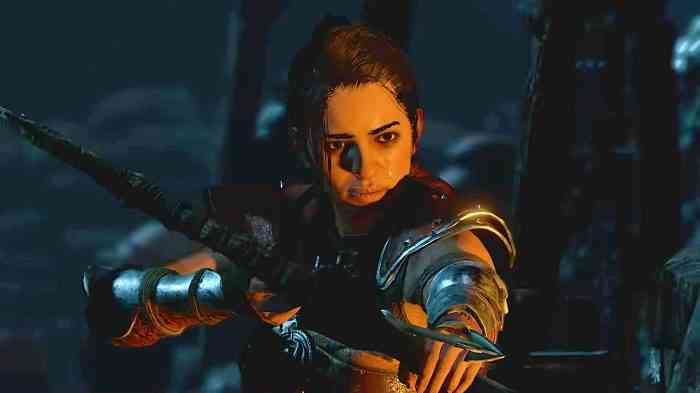 Shadow Realm is one of the Rogue skills Blizzard Entertainment teased during BlizzConline 2021 and it makes the Rogue immune for 1 second while dragging the targeted enemies into the Shadow Realm for five seconds. In the Shadow Realm, the Rogue is unstoppable while dealing 50% more damage while being stealthed. This ability will make destroying nearby enemies a breeze.

Exploit Weakness increases critical strikes against exploited enemies while dealing 60% increased damage. Enemies that can be exploited have an indicator above their head and attacking at that time activates the ability, suggesting boss enemies won’t be exploitable. Combo Points are accrued by stacking base attacks which activate additional effects for different spender abilities (like shadowy archers that fire additional projectiles) which will feel familiar to fans of the Rogue in World of Warcraft.

While the Rogue will bring its own skills and abilities to Diablo IV, Blizzard Entertainment also emphasized a focus on customization, allowing you to make the Rogue look and play however you want. Will you be playing as the Rogue in Diablo IV or are you interested in one of the other classes? Let us know in the comments below!