Chernobylite is a game that may have flown under your radar, but it has a lot to be excited for. Set 30 years after the Chernobyl disaster, the game puts you in the shoes of a former physicist at the doomed nuclear power plant, who returns to the exclusion zone to track down their missing partner, who was supposedly lost during the disaster. The game’s campaign includes the ability for anyone to die, and for any objective to be failed. Not only will you face hostile stalkers and military personnel, you’ll also face supernatural terrors as you venture further into the exclusion zone.

Hey, nobody said Chernobylite was reinventing the wheel. It isn’t the only post-nuclear-disaster horror game with supernatural elements set in a former Soviet state, or even the Chernobyl Exclusion Zone, but hey, it still looks like a cool – and gruesome – time.

The game was originally released for Early Access on Steam and GOG.com on October 19th, 2019, but the full release has been delayed until Q2 2021, with developer The Farm 51 citing the need to finetune the game, including adding more language options and rerecording the English and Russian dialogue with professional voice-actors. 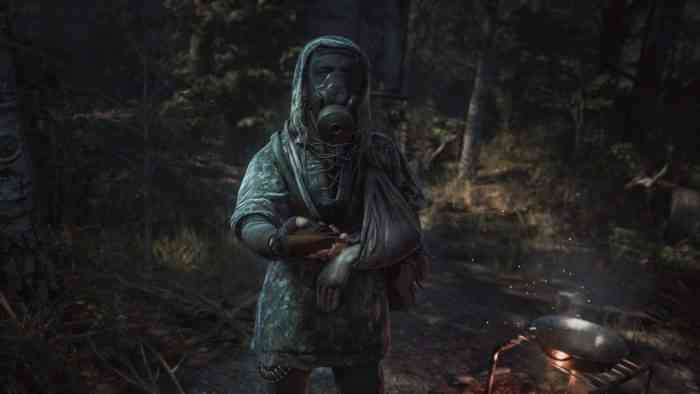 While this may come as a blow to anyone who donated to the game’s Kickstarter, 2020 taught us that if a game needs and extra few months, it should get them. Just look at the botched release of Cyberpunk 2077 – while an extra few months would have been difficult for the sort of “fans” who think sending death threats is acceptable to deal with, it would have resulted in a better and more polished game. While Chernobylite may not have the eyes of the world on them, it’s great to see that they’re still doing their best to make sure the game is in the best possible state before release.

Chernobylite is dropping on Windows, PS4, PS5, Xbox One, and Xbox Series X/S.


Google Deny They Were Working on a Hideo Kojima Horror Game

New Returnal Trailer Shown off at PlayStation State of Play
Next
A Ghost of Tsushima Sequel May Have Been Teased on Linkedin
Previous
It’s Official: Dead by Daylight is Getting a Colorblind Mode