The Last Blade… But Probably Not

Yesterday, SNK revealed a bunch of stuff. There were multiple King of Fighters titles that were shown off, as well as Samurai Shodown Season Pass 3. Two characters were revealed for this season; an older one from the series and a guest fighter from The Last Blade series. The teaser for these characters is short, but shows us exactly what we need to know about them. The two of the four characters coming this season will be Cham Cham and Hibiki Takane from The Last Blade 2. 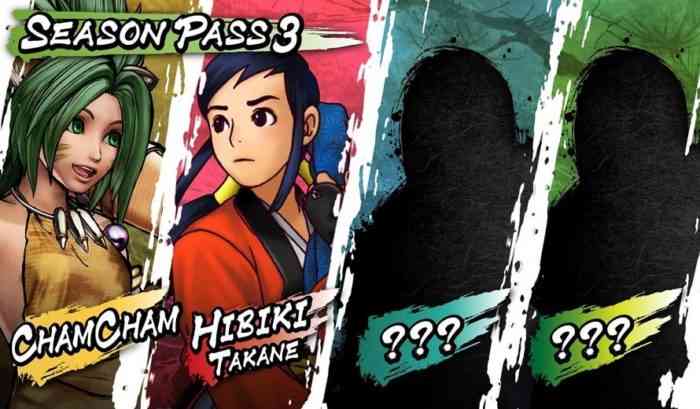 Cham Cham is the younger sister of another Samurai Shodown character Tam Tam. She once took her tribe’s Tangier’s Stone to play with, but it was stolen by a goblin. She set out to retrieve it with her chimpanzee companion Paku Paku, who is also Tam Tam, who was transformed into the chimp as divine retribution for failing to protect the stone. She fights with claws and a large boomerang. The second character us Hibiki Takane. She made her debut in The Last Blade 2, which is a series also developed by SNK. She is the young daughter of a blacksmith, who died after becoming sick from being forced to forge a powerful sword for an evil man named Setsuna. Hibiki sets out in search of Setsuna to reclaim her father’s sword.

We see a little bit of gameplay of Cham Cham, who is set to be released sometime in March, but we do not see any footage of Hibiki Takane, whose release date is still not known. Samurai Shodown is available now for PC, PS4, Xbox One, Stadia, and Nintendo Switch.

Are you excited to play as Hibiki or Cham Cham? Let us know in the comments below.