Bayonetta 3 Could Be Coming This Year

In early 2020, PlatinumGames added a new page to their website to build hype over four upcoming announcements. The announcements were slowly revealed over time but starting out each of them were left blank with a star representing them. 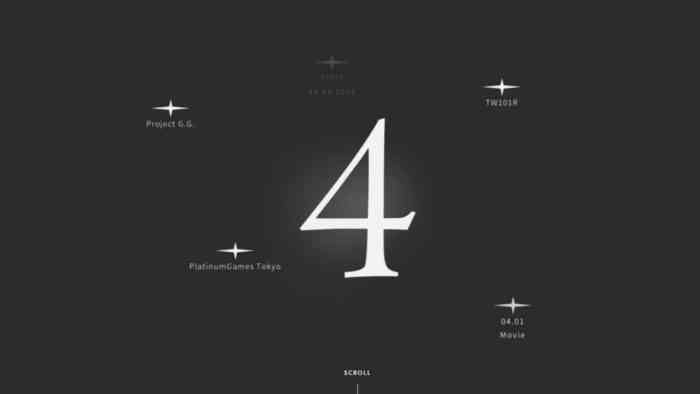 The first star was filled by the announcement of The Wonderful 101 Remastered, which was funded through a Kickstarter campaign last February, before being released later in the summer.

The second announcement showcased the developers first venture into self-publishing with the all-new title, Project G.G which we still don’t know much about aside from the teaser trailer below:

The third announcement concerned the opening of a new studio, PlatinumGames Tokyo, whose opening was unfortunately delayed due to the COVID-19 pandemic.

This extra fifth star as seen in the image above has been there since last April, but has only recently been updated to include the xx.xx.2021 date.

What exactly this date is teasing, we don’t actually know as of now. It very well could be a potential release date, or at least information dump for the long-awaited Bayonetta 3. It’s possible as the game’s director, Hideki Kamiya recently stated that development of the game is going smoothly.

It could also be a potential release date or an informative presentation surrounding Project G.G or another unannounced PlatinumGames title. Could even be more DLC or a sequel for The Wonderful 101 Remastered. At this point, we don’t know what the date means, but will hopefully find out soon.

So, what do you think this secret date represents? Let us know down in the comments, or hit us up on Twitter or Facebook.

Bayonetta 3 Fans Are Worried Launch Has Been Delayed to Next Year
Next
Vicarious Visions Will Now Be Dedicated to Blizzard Titles
Previous
Genshin Impact Version 1.3 is Coming This February