Hot take; if New Pokémon Snap does not have a selfie mode, it has not evolved for the modern age. Anyway, New Pokémon Snap. That’s something. It’s a dumb name, but who cares? New Pokémon Snap! A new trailer was released earlier today along with a release date. Since the first game, there have been hundreds of Pokémon added to the Pokédex, so there are potentially like 900 species to fill your photo album with. Like the N64 game, they probably might not include every single one, but we can hope. 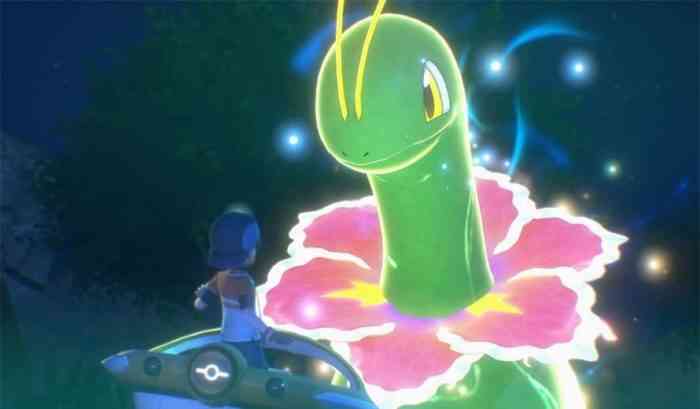 This is a first; not a single Pikachu was seen in the trailer for this game. No matter what generation of Pokémon you grew up with, you will be able to identify some of your favorites. There will also be a wide variety of locations to visit in the new Lental region, such as a desert oasis, a cluster of small islands, a beach, a plain of flatlands, a rainforest, and mountainside full of cherry blossoms. It looks like players will be able to choose between a male and female photographer. They will be riding in a new and improved ZERO-ONE vehicle called NEO-one, and sporting a digital camera courtesy of Professor Mirror.

Judging by the trailer and the screenshots, it looks like there will be a day/night cycle that affects what you will be able to capture on film. You won’t have to wait too much longer for this either. You are able to pre-order the game right now. New Pokémon Snap comes out on April 30th exclusively on Nintendo Switch.

What Pokémon are you hoping to see? Let us know in the comments below.