The Medium Custom Controllers Being Sent Out By Bloober Team

May It Serve You Well in Both Realities

Bloober Team’s newest horror game, The Medium is set to come out this week. Now is the time to go hard on the promotional items and videos. A couple of weeks ago, we saw some gameplay footage as well as a live action trailer. Now, Bloober Team is sending out some custom Xbox Series X controllers with designs inspired by The Medium. The controllers are customized by Aim Controllers and a couple have been sent out to prominent Xbox influencers and streamers to show off. 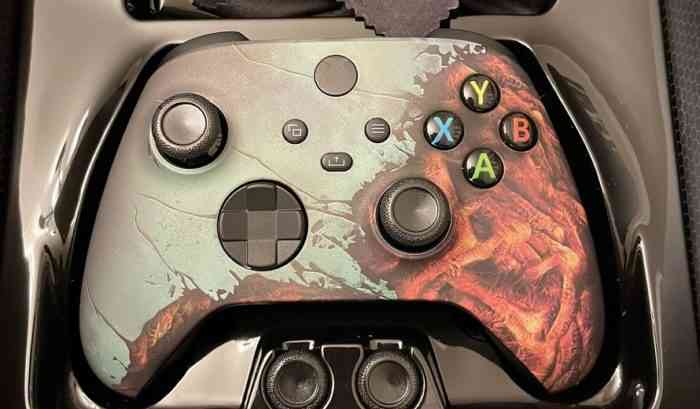 Stallion83 AKA Ray Cox, first person to reach 1,000,000 Gamerscore, and current record holder for most Gamerscore was sent one of these beautiful custom controllers. Fellow achievement hunter and former Achievement Hunter, Ray Narvaez Jr. was also sent one. The controller depicts the duality of the realms that the player will be exploring in The Medium. One side has a very concrete and manmade look to it, while the other shows the more demonic and hellish side. The controller comes with a beautiful, enlarged image of some game art and is packed in box labeled with The Medium and Aim Controllers logos.

Shoutout to the controller for coming in a PlayStation controller box 😂 pic.twitter.com/mTqs2trkLE

Would you get this controller if it were on sale? Let us know in the comments below.


Rumor: We Could Be Getting Two New Silent Hill Games

The Medium Has Already Earned Back Its Development Costs

14 Mediocre Minutes of The Medium on Xbox Series X