A New Addition to The Thing‘s Haunting Legacy

Antarctica. 14.2 square kilometers of ice and rock, a stretch of land twice the size of Australia and virtually uninhabited. It’s one of the least hospitable environments the earth has to offer. No wonder people are scared of it. And where there’s fear, there’s sure to be survival horror games. Buried in Ice presents a nightmarish experience of being trapped in an isolated Antarctic base, leaving you unarmed, imprisoned by crewmates who blame you for the disaster, and under assault by a shapeshifting threat. You already tried to kill this thing once–you can’t fail again. All the while, the same thoughts keep echoing through your head: “Have I brought this… THING with me? Or did IT make me to find new victims?”

Buried in Ice is a first-person survival horror RPG that tasks you with surviving at all costs in the frozen Antarctic wastes… and finding a way to destroy the shapeshifting creature which hunts you. As long as that thing is out there, suspicious crewmates, lack of supplies, the risk of contaminated food, and the need to find or craft a weapon are the least of your worries. Unless the creature starts contaminating the food, sabotaging the base, and possessing the others. That could be a real problem. 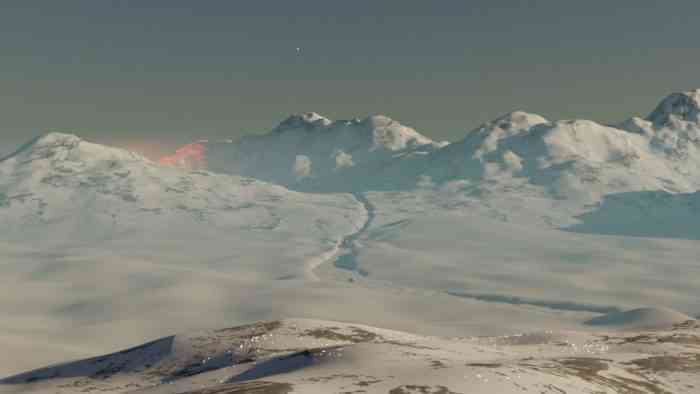 Buried in Ice will be released on PC at an upcoming date.

Are you afraid of the ice? Let us know down in the comments, or hit us up on Twitter or Facebook.

Be the Vengeful Ghost Girl in Wonhon: A Vengeful Spirit
Next
ESRB Rates Subnautica: Below Zero for Multiple Platforms
Previous
Lara Croft Might Be Next Seen in a Fortnite Crossover