Get a Sweet Statue and More in the Biomutant Atomic Edition

Anybody Else Forget About This Game?

Apparently, Biomutant might be coming out this year. I mean there is no real official release date or announcement about it, but THQ Nordic is taking pre-orders for it and its various editions. If you are not familiar with Biomutant, it is a new IP for a third-person action RPG where you battle crazy-looking monsters. It is basically Monster Hunter, only your character is also a monster… so, it’s Monster Hunter Monster. Your character is also cybernetically enhanced and likes swords and guns… so, you play as Rocket Raccoon. As much as I make fun, Biomutant Atomic Edition, while expensive, is pretty cool. 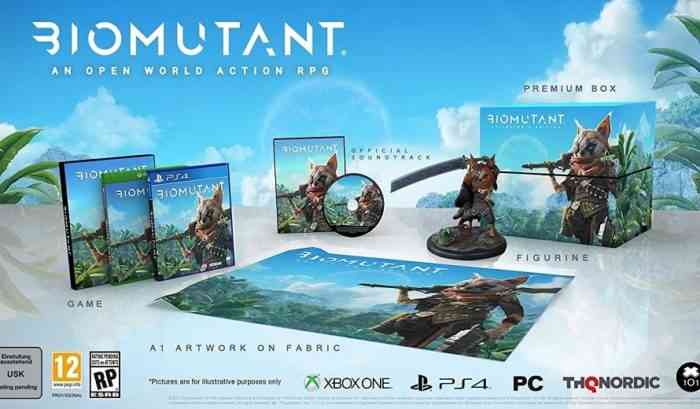 The Collector’s Edition is priced at $119.99 and the Atomic Edition costs $399.99. That might be a lot to invest in merchandise for a brand new IP, but if you got the cash to splurge, go right ahead. Again there is no release date for Biomutant, but it is expected to launch on PC, PS4, and Xbox One, but who knows? Maybe there will be Xbox Series X and PS5 versions too.

Which edition of Biomutant would you get? Let us know in the comments below.