The Simpsons Has a Long History of Video Games

Unfortunately, only one of those games has been… well, good. I’m talking, of course, about The Simpsons: hit and Run, a Grand Theft Auto clone that fit perfectly into the zany world of Springfield, with an original story featuring reality TV, alien abductions, and mind-altering cola.

Still, with the number of games The Simpsons inspired – like The Simpsons Wrestling, The Simpsons: Road Rage, or Night of the Living Treehouse of Horror, it’s not unnatural to think that the series has had more unrealized projects. After all, the series has been on the air for a whopping 31 years at this point, almost to the day, and has inspired everything from movies to theme parks, but out of all those projects The Simpsons: Bug Squad may be one of the weirdest.

Unlike most Simpsons games, Bug Squad didn’t intend to put you in the shoes of any established characters, instead putting you in the shoes of… well, a bug. The game was never commissioned, but a test build was recently uncovered in a Dreamcast dev kit, giving us a bugs-eye view of Evergreen Terrace. Story details are scant, and the video has no sound, but the biggest take-away is how good to looked on a visual level for its day. In fact, the tech was even pitched to The Simpsons for use in the show itself.

Co-founder of the developer Red Lemon, Andy Campbell, said: “We had a great coder who had developed an amazing cell shading engine for DC. I knew Fox pretty well, so this was a demo we created and I pitched to them. We were never commissioned, so this was technically never an official title in development.”

“This was a trip down memory lane. The tech was great, developed by a guy call Rich Evans, great coder. Bug Squad concept came from Jamie Grant if I remember. A great art team built the models. The tech was also pitched as a production tool for the show itself. No game made though.” 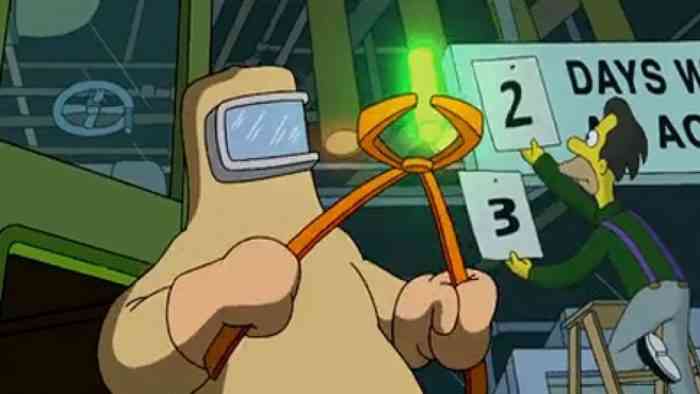