COG Considers: The Undefeated Demo Notwithstanding

One could argue, quite succinctly, that we’ve yet to see a really good Superman game. Actually, you could argue we’ve never even seen a decent one. Superman 64 and Superman Returns both left ashes in the mouths of developers the world over, and why wouldn’t they? Those games were brain poison of the highest order. Superman 64 makes a strong case against the entire medium of video games, it’s so bad. The point is, the well has been tainted, no matter how good that Undefeated demo looks. If you’ve never seen it, you can grab it on Steam right now. It’s excellent! But why bring it up now?

The lone developer has been active on Twitter, posting a slew of update videos. They show off some refinements and upgrades not seen in the initial Steam demo, including more advanced particle physics and effects. There’s no denying that the game looks like a terrific time, depending on what you’re looking for. The trouble is, it’s not quite Superman? I mean, this is also for copyright reasons, and rightly so. I’m not referring to IP protection here, I mean it’s conceptually not Superman. I’m also not sure that any game could be, if we’re getting down to brass tacks. 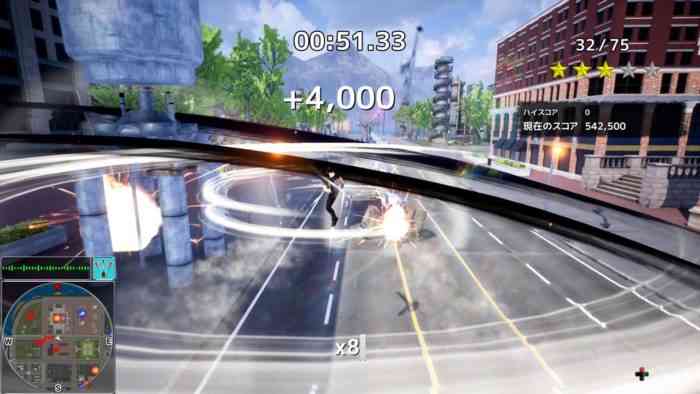 Destroying buildings and tearing up cityscapes is amazing, but it’s off the mark. Rescuing people is great, but it covers only a tiny bit of ground. Also he’s like, a god? Which is a great shortcut for ruining any gameplay or narrative immersion you attempt to build up. No set of perilous circumstances will feel sufficiently compelling while still feeling like a Superman story. This is something that the writers of the comics have grappled with for literal decades. He either solves the problem immediately (boring!), or he’s fully hobbled in order to make it interesting, with mixed results.

On the other hand, the footage and gameplay currently available make a great case for superhero games in general. We don’t have enough games where you can fly at the speed of sound and punch buildings in half, you know? That’s a pure dollop of escapism I’ll take straight to the dome, thanks. Give me laser eyes, mach flight, titanic punches, and billowing capes. Let’s make a One Punch Man game that’s only an hour long because anything more would be implausible. Turn one of those massive multi-franchise events with two dozen heroes into an episodic slugfest! Give me a cavalcade of death, resurrection, and multiverse nonsense! But not a full Superman game, it would be terribly dull.