You may have noticed an article that went up on our site yesterday giving an overview of some of the major celebrities and industry personalities who will be presenting at this year’s Game Awards. Well, apparently that article went up just a little too early as later that same day, another presenter was announced–and this is a big one. 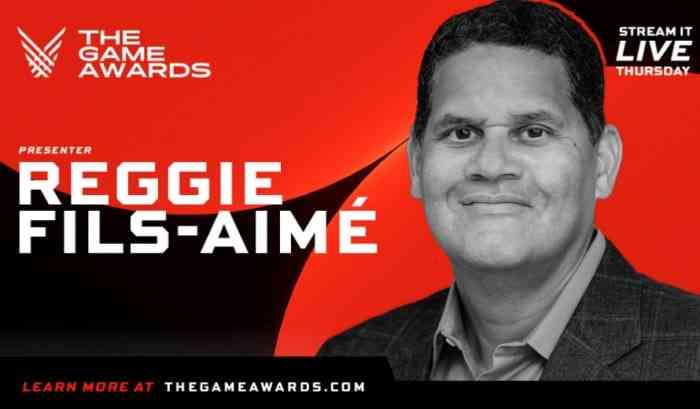 Reggie Fils-Aimé has been officially announced as a presenter for this year’s Game Awards. You might recognize him as the former President of Nintendo of America. Fils-Aimé served as Nintendo of America’s President for 13 years before retiring from the position earlier last year. After working with Nintendo for a total of 15 years, Fils-Aimé retired from the position to work as an instructor at Cornell Dyson–a school for Applied Economics and Management where he is currently passing along his decades of experience to new and excited students.

Fils-Aimé was replaced by the appropriately named Doug Bowser who currently serves as Nintendo of America’s President. While Fils-Aimé may not be in the video game industry anymore, he is still a major personality for the industry and has quite a large fanbase. This is not Fils-Aimé’s first year presenting at the award show, far from it. He’s a veteran presenter having made an appearance as recent as last year’s Game Awards.

Nothing can keep me away! What #TheGameAwards category should I present? Tell me your ideas and who should win in that category! Tune in Thursday to see what happens! https://t.co/Gmvi1BiP5Y

Like he said, nothing can keep him away and we wouldn’t want anything to, I mean this is the man that saw us through the launch of the Nintendo Wii all the way to the Nintendo Switch.

You can catch Reggie, Troy Baker, Brie Larson, Gal Gadot, Tom Holland and more at the Game Awards this Thursday, December 10. You can find all of our recent articles on the Game Awards, right here.