No More Heroes Games Rated by ESRB for PC

One of the Wii’s most iconic and first stints with Mature-rated games seems to be coming to PC. Today, we spotted Grasshopper Manufacture’s No More Heroes and No More Heroes 2: Desperate Struggle were seen getting a rating from ESRB for PC. The games are known just as much for their hack and slash gameplay as they are for their crude language and sense of humor, which is what earns them their ratings. These two games were recently ported to Nintendo Switch earlier this year, so it is not a huge surprise that they would now come to PC. 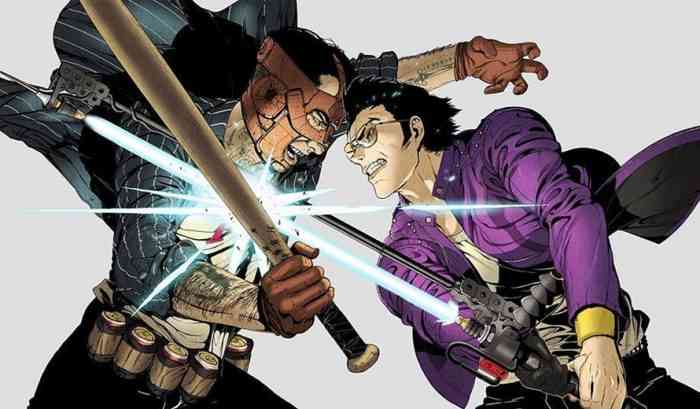 The success and critical acclaim of the No More Heroes games will tell you that having these games finally ported to PC is a very welcome thing. It is also kind of timely since No More Heroes 3 was announced at E3 2019 with an expected release for 2021, which we just happen to be on the precipice of. No More Heroes 3 is currently only slated for a Nintendo Switch release, but perhaps if the first two games sell well on PC, Travis Stikes Again and No More Heroes 3 could also be ported. Just an idea.

Would you like to see this series on PC? Let us know in the comments below.

The Ascent May Be Coming to PlayStation ESRB Rating Suggests
Next
Here’s the Pre-Order Bonuses for Back 4 Blood
Previous
Get These Last-Minute Gaming Accessory Christmas Deals Before it’s Too Late!