Build, Govern, and Defend a City of the Dead

City-building games are fun, but there are so many out there that new ones always need a gimmick to keep our attention. In NecroCity, the gimmick is as simple as it is effective: the city you’re trying to build is populated by the undead and other monsters, and it’s constantly under threat by human kingdoms and their deadly knights in shining armor. For once, the forces of darkness are trying to mind their own business and create a functioning society. If they’re going to succeed, they’re going to need roads, buildings, and lots and lots of fortifications, because the humans aren’t about to let these beasts rise above their stations… at least, not without a fight.

NecroCity tasks players with building a functioning city for a monstrous population, and then making sure that city will survive the inevitable conflicts with human invaders. You’ll be able to add ghosts, werewolves, goblins, orcs, skeletons, and many more nightmarish creatures to your ranks, each of which will have unique skills and abilities. Developing these characters will unlock their fun and probably terrifying secrets. Keep all of your monsters happy with the city and ensure it develops in a positive direction–or, in this case, a negative direction? Make sure they all have good living conditions–no, wait, some of them are undead. Man, talking about building a monster city is hard. Just do your best to keep everyone moving and happy with the place. Give them lots of crypts, they like crypts.

“This time the monsters are trying to build their own society without attacking people,” says Marcin Wenus, CEO of Gameparic. “People will not let them do this and they will attack your inhabitants, this will lead to many bloody battles at the gates of your city. At some point in the game, we will be able to attack the human kingdoms. We are working very hard on the storyline of the game. We want the story to be an integral part of the gameplay.” 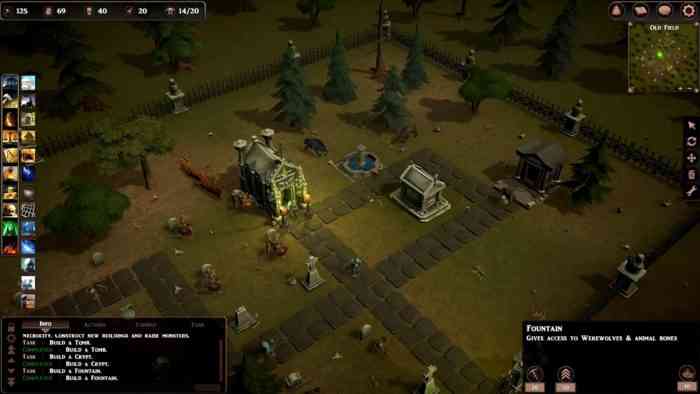 NecroCity will be available for Mac and PC at a later date.