Who You Gonna Call When This Hardcore Arcade Game Hits Steam?

We admit it: we like horror games. But you know what we really love? Black comedy horror games. There’s something about the intersection of sheer terror and humor that really works for us, so it’s no wonder that we’re excited about Infernal Radiation, the game about an exorcist dressed as a plague doctor being forced to deal with the fallout of a hellfire power plant–as in, one that draws energy from hellfire–exploding over a populated area. Now all of Halloween Island is crawling with demons, and it’s up to the player to treat the resulting possessions… through RPG elements and lots and lots of arcade clicking. The stylized visuals remind us of a 2.5D Darkest Dungeon, which actually sounds awesome. Take a look.

Infernal Radiation has been in Steam Early Access for a while and has been very warmly received. The complete game offers simple and dynamic gameplay, lots of demonic bosses, RPG elements, and a ton of pitch-black humor. Game features include:

If you’re confused about that last point, don’t be–this game may be the debut project of Polish studio Asmodev, but there’s a lot more where this came from. At least one of their upcoming games, Priest Simulator, will tackle similar themes of exorcism, divinity, and corruption–none of which are mutually exclusive– and is presumably set in the same world. We’ll have to wait and see if we want to find out more, though. 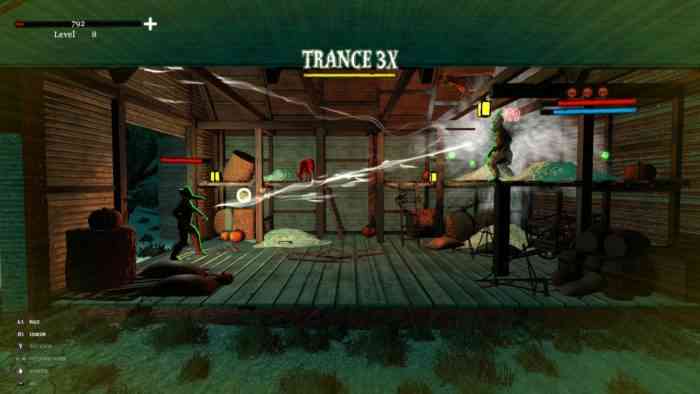