If you’ve been following our news this week you will have noticed quite a trend, Award shows. Yesterday we saw the announcement of this year’s Game Awards nominees, and earlier this week we saw the outcome of the first ever Video Game Accessibility Awards made in conjunction with the AbleGamers Charity. Well, now we have even more awards to go over as the first ever the*gameHERs Awards winners have been announced. 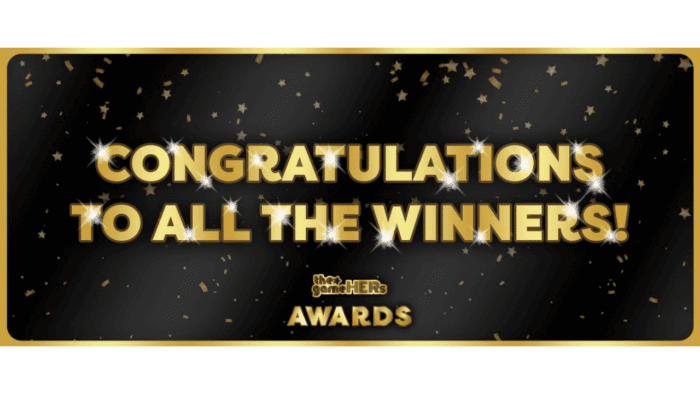 The*gameHERs is an organization by women in gaming, for women in gaming. Keep in mind, that when they say women, they mean ALL women, marginalized genders, and non-binary gamers. The organization seeks to be a voice for all gamers marginalized for their gender and identity. They host podcasts, career spotlights, live-streams, and of course, an award show.

The*gameHERs Awards was open to the public in early October to make their nomination for the various awards. After the nominees were selected, fans were able to vote for their favorite nominees to make it as a finalist. Finally, fans were able to vote for who they wanted to see win each of the show’s categories–giving the community the opportunity to influence the awards from start to finish.

The winners were announced earlier today on November 19 during a live-stream broadcasted on the organization’s Twitch Channel. Let’s go over a few of the highlights!

Top eSports shoutcaster went to Jessica Bolden, while Top eSports Host of the Year went to Soe Gschwind. Rebekah Valentine won for Top Gaming Journalist of the Year, and Amy Jo Kim won Stand Out Solo Developer of the Year.

In the game’s categories, Minecraft won Mobile Game of the Year, Pokémon won Best Social Media Account of the Year, and The Last of Us Part II won Most Impactful Story and Female Protagonist of the Year for the character, Ellie.