Get Ready to Play

As much money as video games make, traditional toys are far from a thing of the past. Sure, they’re mostly marketed towards younger kids, but Lego managed to achieve a staggering 5.2 billion in sales last year. In fact, Lego have their own theme parks all over the world, multiple movies, and there’s a Lego version of just about every marginally family-friendly franchise worth its salt, Mario included.

In fact, Mario seems like the perfect choice. Not only are the games family-friendly but the characters are well-known, yet basic enough that they can fit into any environment. After all, this is a series where an overweight plumber fights for the affection of an actual princess with a turtle dinosaur, and yet we’ve seen the characters racing, fighting ghosts, or even taking part in the Olympic games. Hell, Mario’s very first outing, in King Kong, even had him trying to rescue his girlfriend from the pet ape he’d abused, and he still went on to be the most recognizable face in gaming.

We’ve already seen plenty of Lego Mario sets in the past, but it looks like there’s more on the way, so whether you’re obsessed with Lego or Mario’s adventures, there’ll be something new to add to your collection. 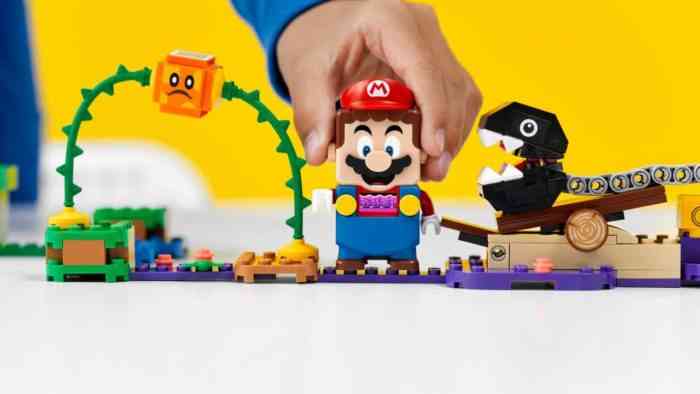 The new sets take some cues from Mario Maker, with a focus on designing your own courses and moving Mario through them, with the addition of customizable bricks and even a level of tech input – people who haven’t played with Lego for a while may be surprised to see that they now make noise and even have led screens to display information. On a more analog level the sets include things like seesaws, turntables, and folding parts to make for some dynamic playtime.

The new series launches on January 1st. Let us know what you think in the comments, on Twitter, or on Facebook.

Xbox Won E3 2021, and It Wasn’t Close
Next
A Legendary Trio is Back in Pokemon Go
Previous
God of War: Ragnarok May be Coming to PS4