Get Back Behind the Ball

There’s a lot of new releases this season and plenty of classics being revived, but Katamari Damacy REROLL arriving on the PS4 and Xbox One definitely deserves a spotlight. This HD remaster brings the beloved roll-em-up back into action. Though you could make the argument it never left. Very few games have the eccentric charm and incredible staying power of Katamari Damacy, a one-of-a-kind gem that shines brightly in the dark night sky. We’re being poetic there, but also not, because the point of this game is literally to create stars and have your giant cosmic dad put them back where they belong. Yeah, it’s that kind of game.

If you’ve played Katamari Damacy before, you know what to expect from Katamari Damacy REROLL and you were probably already planning to nab it, but just in case you haven’t, here’s the rundown. You play as the Prince of All Cosmos, a tiny little blue bean person with a rectangular head, and you have a big problem: your father, the King of All Cosmos, has accidentally destroyed all the stars in the sky. Whoops! Your job is to descend to earth and start rolling up everything you can find into a big ball called a Katamari. When you’re done, you present your Katamari to the King and he’ll pitch it into space. A simple premise, but it’s unbelievably addicting.

The single greatest reason you should pick up Katamari Damacy REROLL is fun. It’s just fun, okay? That’s all we got! There’s a reason this game keeps being remade and people keep buying it. It’s a quirky little ride that everyone should experience at least once. So go on, give it a shot. You’ll have this soundtrack stuck in your head forever. 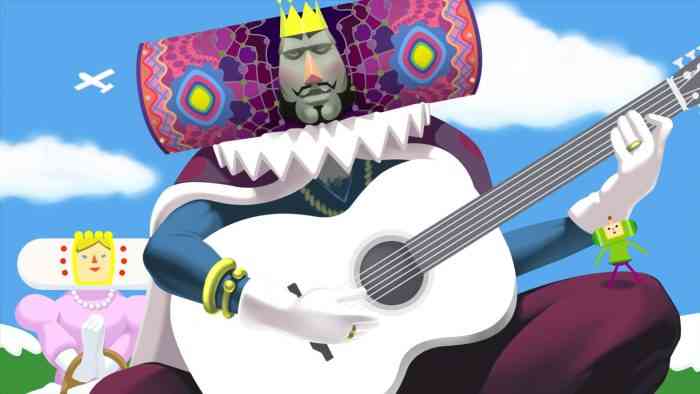 Katamari Damacy REROLL is available on Nintendo Switch, PS4, and Xbox One for $29.99 USD.

Are you ready to roll ’em up? Let us know down in the comments, or hit us up on Twitter or Facebook.