All figures are action figures if you play hard enough. Ghost of Tsushima fans know about playing hard, but if you want to get this Ghost of Tsushima figure, it may be able to keep up with your preferred level of action. Poly-Toys is making this action figure of Jin Sakai that is set to come out in September of 2021. Statues or figures from video games are usually either all action or all figure, but Jin here is the best of both. He has multiple parts like hands and heads, but also has bendable joints for optimal positioning. 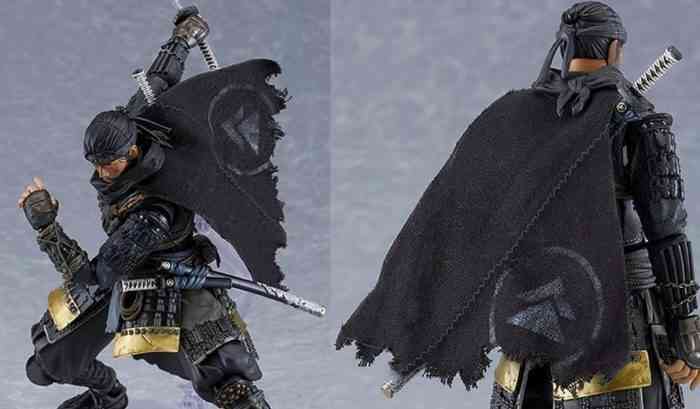 Like this video game counterpart, the Jin Sakai action figure has a bunch of different weapons. It comes with a bow and arrow, and three blades of varying lengths, as well as one that appears to be fixed to his back. He also has four or five sets of hands to accommodate his various weapons and poses. This figure has two different heads; a masked head and an unmasked head. His cape brandishing the Ghost of Tsushima logo is also made of real fabric, so there won’t be any stiffness to it.

The Jin Sakai figure also comes with a base and support arm, so you can pose him in cool ways while still keeping him upright. Pre-orders went live yesterday, but will not be shipping until next September. This may not work out for a Christmas gift this year, but if you are thinking ahead for next year, now might be a good time to order. Ghost of Tsushima is available now on PS4.

Are you interesting in this action figure? Let us know in the comments below.

God of War Ragnarök Video Review – A Brutal and Beautiful Battle
Next
Akira Yamaoka Talks About Designing the Soundscape of The Medium
Previous
Watch Dogs: Legion Comes to Toronto