What Horrors Has the PlayStation Talents Initiative Wrought?

Let’s be honest here: escape rooms are pretty nerve-wracking. The ticking clock, the weird environments, the pressure to solve a puzzle and get out before you fail… it’s pretty rough on your nerves. If you’re the anxious type, then it’s probably a nightmarish experience. No wonder Quasar Interactive took one look at escape rooms and thought, “We can make a horror game out of this.” Now Do Not Open is on its way as part of the PlayStation Talents initiative. This program was meant to revitalize PlayStation’s Spanish branch, and if these teasers are any indication, it succeeded with flying colors.

Step into the shoes of protagonist Michael J. Goreng, a well-known scientist who has become trapped in his own home… or what used to be his home. His wife and daughter are also somewhere within these shifting walls, held against their will, and if Michael wants to escape and rescue them, he’ll have to solve a lot of puzzles very fast. After all, the three of them aren’t alone here. Something is stalking these halls. And judging by the videos Quasar Interactive has shared, that something doesn’t like sharing very much. Or it’s hungry. One or the other. 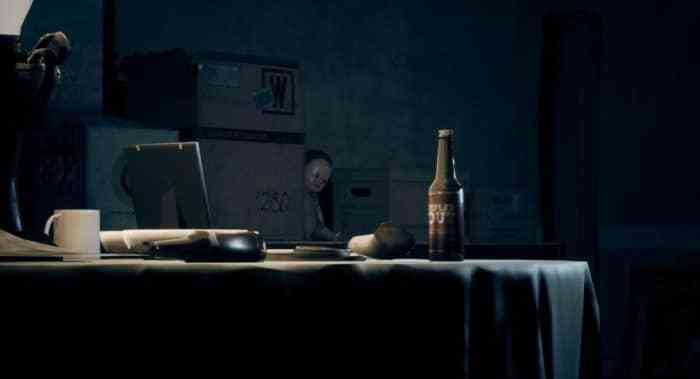 In this game, you will sneak around dimly-lit environments, follow cryptic instructions painted on the walls, ransack drawers, and pour over battered notes for clues–all while trying not to jump out of your skin when the soundtrack suddenly starts struggling to breathe. The world around you will shift as you progress, and its shape will be determined by your decisions.

One thing’s for sure: this PlayStation VR exclusive title is something to look out for.

What’s the weirdest place you’ve ever been trapped in? Let us know down in the comments, or hit us up on Twitter or Facebook.