Fans of shoot ‘em ups surely recognize the 90s as a golden age for the genre. Zyrian captures the essence of this classic gaming experience while expanding on what made it successful. With mobile support, multi-directional gameplay, custom missions, multiple currencies, and an item randomization system boasting millions of possible ships and weapons, Zyrian is a unique addition to the shoot ‘em up category.

The most impressive feature of Zyrian is the deep level of item customization. There are dozens of different types of ships, weapons, shields, engines, generators, and modules, and each one that the player encounters is modified by its rarity, faction, and level. This means that players are always on the look-out for something better. The weapon system also allows the player to customize their attack, equipping two different sets of up to a dozen different weapons at the same time. Players can also choose the direction that their weapons fire, allowing them to focus their attack on enemies in front, beside, or behind them. 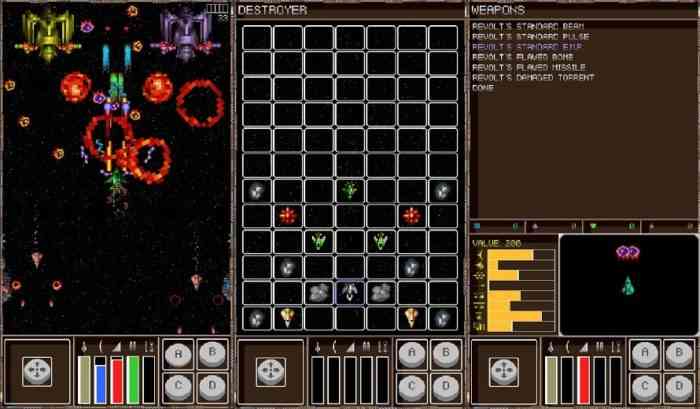 Players can also design their own missions, placing all kinds of enemies, obstacles, and drops wherever, and in whatever direction, they wish. These missions can be saved or posted to the custom mission page for other players to try out (currently only works in browser).

The game has now entered early access and is available for download on the Play Store. It’s also playable in the browser on the creator’s webpage. You can follow the game on Twitter or email questions and comments to the game’s creator at ZyrianGame@gmail.com.

Fans of Zyrian can expect a full release of the game early in 2021.