The Pathless Will be a Launch Title for PS5

We’re finally at a point where we can officially say the PS5 launches next month, but that doesn’t mean that we still don’t have a lot of big news – and today it was announced that the upcoming title The Pathless will launch on November 12th, to coincide with the release of Sony’s newest console.

The game may not be as flashy as some of the other launch titles for the new console, but it’s beautiful and stylish in its own way, and if other games with an emphasis on your relationship with an NPC (in this case an eagle) are anything to go by we’re due an emotional and engaging story in which (hopefully) the bird doesn’t die.

The Pathless puts you in the shoes of The Hunter – a master archer working to hunt down evil spirits and save a mysterious island from the darkness. Rather than a focus on aiming as seen in other archery focused games, like the sublime Horizon: Zero Dawn, the Hunter’s archery skills are instead all up to her, with the player instead focusing on precise timing, both in battle and while traversing. The archery system means that you maintain your accuracy whether you’re bounding across the gorgeous landscape or performing acrobatic maneuvers. 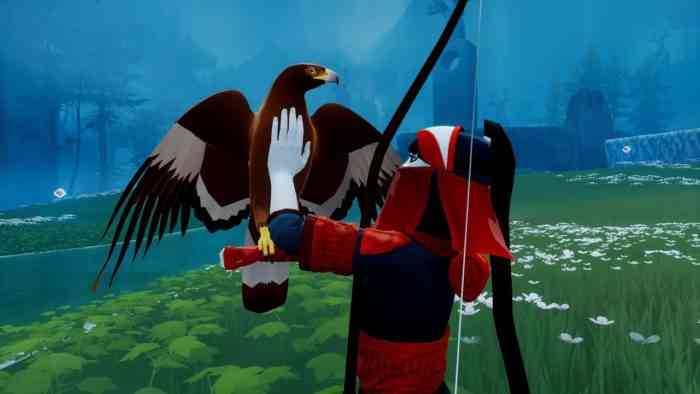 The announcement does add some new variety to the launch line-up, so even if it’s not as big or complex as, say, Spider-Man: Miles Morales, Cyberpunk 2077, Godfall, or any of the 18 PS4 games in the Playstation Plus Collection which will be available to download, it’ll be a nice addition to many people’s gaming libraries.

What’s your favorite companion character in a video game, and why is it Ellie from The Last of Us? Let us know down in the comments, or hit us up on Twitter or Facebook.