Bring Me That Horizon

Swashbuckling adventures may be out of the limelight, but that doesn’t mean that we still don’t have an appetite for pirates and privateers, and Shores Unknown is banking on its ability to capture that magic when it releases for early access in February 2021.

Shores unknown puts you in the shoes of a newly promoted privateer captain, fresh off of a mission gone horribly awry. Finding yourself in uncharted territories in a world dominated by war, it’s down to you to uncover what lies beneath the broiling fog.

Like many tactical RPG’s the game uses low-poly visuals, but unlike many of other games in the genre it doesn’t utilize a grid system. Battle is split into the order and action phases: In order, you’ll set out a plan for your upcoming turn, whereas action will see that plan put to work by your party. You have free reign to design your party however you want, equipping each mercenary in your crew with equipment from which they’ll learn new skills. They’ll also be able to learn new skills based on your combat choices and, while we don’t have information on how this works quite yet, it’s bound to give Shores Unknown a deeper customization system than a lot of RPG games.

Despite the low-poly graphics the game still promises a vibrant world filled with little details as you seek to uncover the secrets of the shore. Lead Developer Ilya Rudnev said: “We’d like to thank all our followers, old and new, for their support.  We’ve put a lot of time and effort – and all our hearts – into making Shores Unknown, and we hope you’ll enjoy finally being able to play it as much as we enjoyed making it. 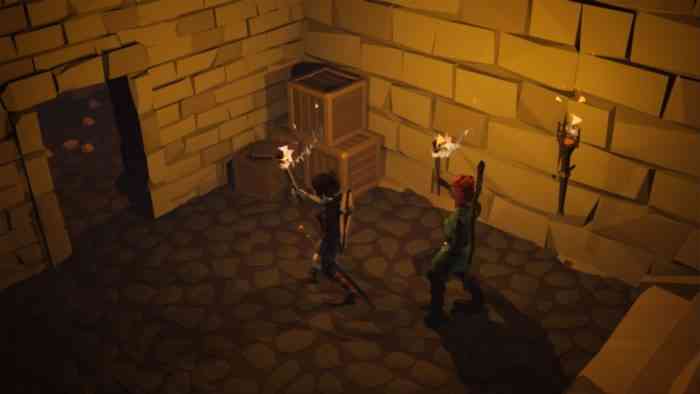 “And this being an Early Access title, we also look forward to your feedback and hope that your participation will allow us to polish the game into a truly remarkable experience.

“Early next year, prepare to begin your journey to Shores Unknown!”

Will you be setting saol with shores unknown? Let us know down in the comments, on Twitter, or on Facebook.