Check out Spider-Man: Miles Morales’ Into the Spider-Verse Costume

Spider-Man fans are counting the days until Spider-Man: Miles Morales comes out. The follow-up to 2018’s Marvel’s Spider-Man looks to be very promising. Recent announcements revealed a cool new suit for Miles in the upcoming game. Well, it’s not new new, but it is welcome nonetheless. We all know that Miles Morales has his own suit with a different color scheme than Peter Parker. Red and black are his signature colors, which we see on the cover. However, he is getting another variant of that suit from his big screen debut Into the Spider-Verse. 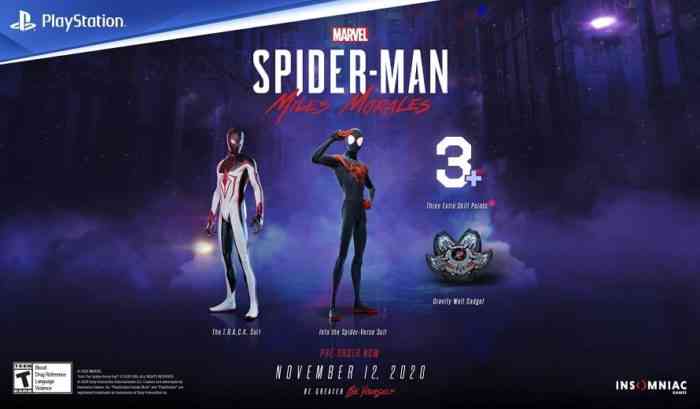 So what’s the difference? Did he spray paint it like in the movie? Not exactly. It’s all in the animation. As an animated movie, Spider-Man: Into the Spider-Verse has its own distinct visual style that the bonus costume from the game borrows from. In a video from Insomniac, producer Justin K. Thompson showed us the suit in action. It looks a little weird to see, but not in a bad way. While the whole world around Miles is what we are expecting from the game, Spider-Man himself looks like he was copy and pasted out of the movie.

While the framerate of the game has been upped on the PS5, Insomniac has also intentionally reduced the framerate on this cartoon suit to match the animation style. In the Launch Edition of the game for PS5, only one of the two bonus costumes had been revealed. This Into the Spider-Verse suit has been confirmed to be the second suit. Spider-Man: Miles Morales will be available on November 12th for PS4 and November 19th for PS5.

Are you excited to play in this suit? Let us know in the comments below.