You and Your Friends Will Be Legends

Ghost of Tsushima, from Infamous developer Sucker Punch, was something of an encore for the Playstation 4. Critically well-received, and a commercial hit, Ghost wowed players with its gorgeous visuals and engrossing story. Now Sucker Punch is giving us a reason to pick up the Katana again. 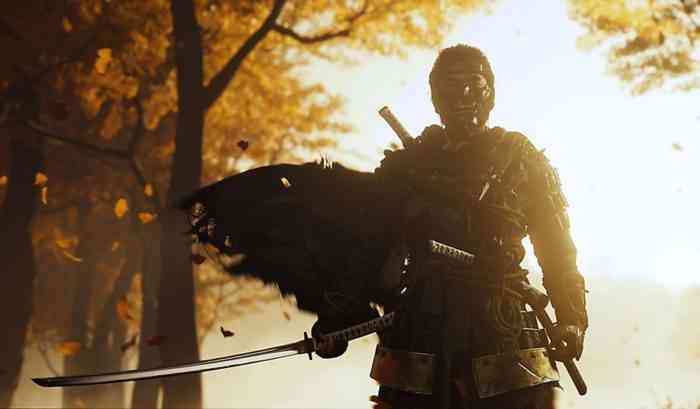 Going live on October 16th, Ghost of Tsushima version 1.1 is bringing the usual raft of post-release content that we have come to expect for third person action adventure games, namely a new game+ mode allowing you to keep the weapons and upgrades you’ve earned with a higher difficulty to compensate, as well as quality of life updates such as an option to enable armour load outs – making it even easier to switch up your play style. These updates are very welcome, but not the reason this patch has us excited!

Ghost of Tsushima version 1.1 is adding a brand new online co-op multiplayer mode to the game. With Ghost of Tsushima: Legends, Sucker Punch has created a new way to experience the titular island, either in 2-player story missions, or 4-player survival mode. With their on-brand commitment to immersive world-building, Sucker Punch has layered these new modes into the base game by adding a new character – Gyozen the Storyteller. Gyozen will share his version of the events gripping Tsushima, and allow you to access the lobby. Of course, you can also access multiplayer through the pause menu if you’re in a hurry.

Ghost of Tsushima: Legends is building its multiplayer experience around a class system, with players choosing one of 4 classes to unlock immediately before levelling up to try the others. The game will feature its tank class “The Samurai”, ranged class “The Hunter”, healer class “The Ronin”, and its stealth class “The Assassin”. It seems like the 4 classes will all play differently and add a different layer to multiplayer combat, I’m very intrigued by the Ronin classes ability to summon a spirit dog – can’t wait to catch that in photo mode!

The new story missions will have you and one other player travel through Gyozen’s tales of “what’s really happening in Tsushima” – which suggests there may be some tall tales with a different tone to the base game.  The survival mode will have you and 3 friends fend of waves of increasingly challenging enemies, and introduces what sound like AOE attacks and summons including “ignite enemies” and “summon spirit bear”. It is impressive for Sucker Punch to be adding such significantly different gameplay experiences to Ghost of Tsushima, and they may even be building the foundation for more updates down the line.

If story missions and survival mode weren’t enough, Sucker Punch also promises to add a Raid mode – an epic 3-part mission into Iyo’s Realm. With this third new way to play, as well as the new game+ for us single-player obsessives, Sucker Punch is covering its bases and including something for everyone in this update. As online-coop becomes increasing common in third-person action adventurer’s, it is great to see a developer catering to all audiences and understanding that we like our options when it comes to gameplay. As Ghost of Tsushima heavily explored a character changing his methodology of attack due to ever changing circumstances, it is the perfect vessel for a raft of new gameplay types – and it will be interesting to see how players adapt their tactics when fighting side by side with their friends.

Which new game mode are you most excited for? Let us know in the comments below!