Forget Everything You Thought You Knew

The surreal, mysterious, and terrifying Cultist Simulator returns to Android and iOS for its last and greatest expansion. The Exile DLC is almost as big as the base game was at launch, and it breaks all the rules that have been established–which may not be as disorienting as it sounds, but only because the rules of Cultist Simulator have always been ambiguous and in flux. We touched on this in our review of the game, and it remains one of the most iconic choices the devs made. In short, Cultist Simulator is not a game you are meant to understand easily, or at all for that matter. What story about delving into forbidden knowledge and twisting yourself beyond recognition in pursuit of power presents itself as simple and easy to understand?

Probably one with fewer timed cards that keep disappearing on you. Yes, it sounds like a silly complaint, but it’s a real problem. Just look at this trailer. You’ll understand.

The Exile puts you in 1920’s Europe, in the liminal space between the invisible world and the invisible underworld. The reckoner mobs trade in the most valuable commodity of all: life. You used to be one of them, but now you’re on the run with a hoard of borrowed years, and the reckoner lord you betrayed is coming for every stolen heartbeat. Even if that means tracking you across three continents.

The Exile will be available in mobile stores at $4.99 on November 3rd. Or, if you’re just getting into Cultist Simulator now, you can pick up the base game and all four DLC with the Forbidden Bundle which will be available on the same day for $6.99. It contains: 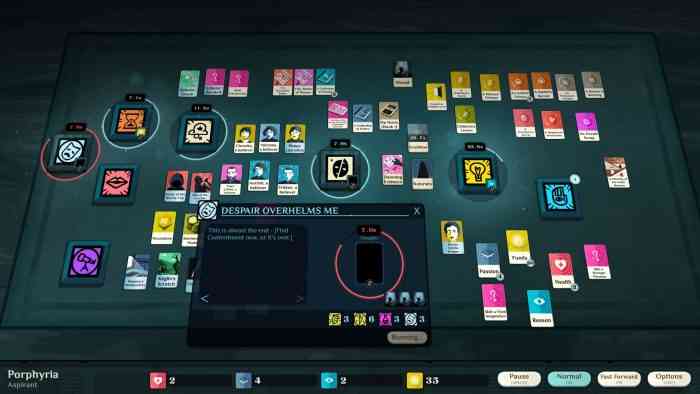 So go ahead. Raise a cult. Sacrifice your followers. Ascend to heights unimaginable… or fall to depths impossible. The choice is yours. Assuming those cards are where you left them.

How do you feel about experimental games? Let us know down in the comments, or hit us up on Twitter or Facebook.


Hearthstone Announces March of the Lich King Expansion And More