It’s official; after the rumors that have been springing up about a remake of a Prince of Persia game, Ubisoft Forward confirmed that it’s happening, and that the game in question is the critically acclaimed 2003 entry, Sands of Time. 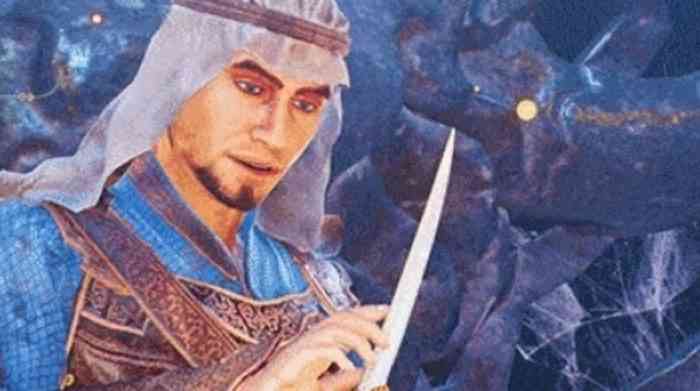 As I mentioned in my previous article, this is a logical move. Sands of Time is not only the Prince of Persia game most people are familiar with, it’s also the one that’s the best remembered. The game follows the eponymous Prince, who is tricked into releasing the Sands of Time, turning the population of the city of Azad into monsters. Armed with the Dagger of Time, which allow him to manipulate time, the Prince works with a captured princess, Farah, to save the world by resealing the sands.

The game got rave reviews for its fluid combat, intricate platforming, and environmental puzzles, with the ability to rewind time to an earlier point adding a lot of depth to the game. Misstime a jump and fall into a pit of spikes? Redo. Misposition yourself in a battle and find yourself at the wrong end of a scimatar? Rewind. Accidentally drink an ashtray? Well, he never did that, but if he did then you can guarantee he’d rewind.

The trailer does look a little rough around the edges – not as clean or crisp as we’d expect from the current gen, let alone the next one – but it’s possible that this early footage doesn’t reflect how the game will look upon release. At any rate, one of the greatest platformers of the 21st century so far is being introduced to a whole new generation of gamers. History might be repeating itself, but it’s something to be excited for.

Are you excited for the remake? Let us know down in the comments, or hit us up on Facebook or Twitter.


Racing Game Trackmania Will Launch On Multiple Platforms In 2023