Ubisoft is really embracing VR. Not in the way of making VR games for an at-home audience, but in the sense of making a day of it, like going to the movies. Ubisoft has made these VR experiences out of a few of their franchises like Assassin’s Creed and Prince of Persia, but Far Cry VR is a little different. In the past, these VR experiences have been part of the Ubisoft Escape Games series, but Far Cry VR is made with the company Zero Latency. Zero Latency has locations all over the world for which customers can try out VR. 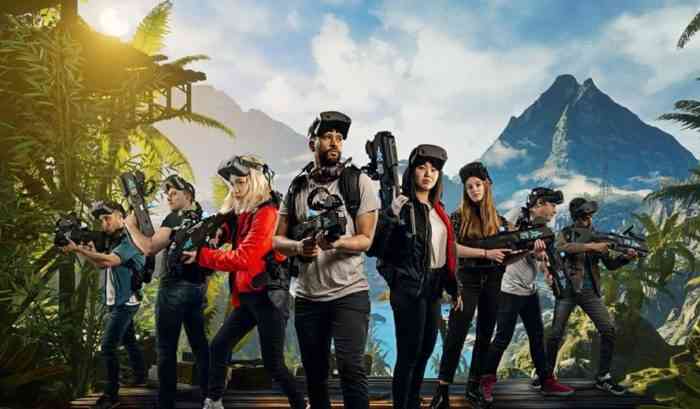 Announced yesterday at Ubisoft Forward, Far Cry VR will be sending players back to Rook Islands, the setting of Far Cry 3. Players will also encounter the iconic Far Cry villain Vaas. Since Vaas dies in Far Cry 3, it suggests that this game either takes place before or in a completely separate, non-canon world. Apparently, up to 8 players will be supported in one session of the game and will last about half an hour. As for the gameplay itself, we do not see very much of it; just a lot of people in a room wearing VR gear and some digitization sequences of the players.

It is not really clear where and when you will get to play Far Cry VR; most places have not really considered reopening plans for VR rooms. Other VR experiences Zero Latency has made include Undead Arena VR, Sol Raiders, Zombie Survival, Singularity, Outbreak Origins, and Engineerium, but it appears that Far Cry is the first major IP they have worked on.

Is Far Cry VR something you would be interested in? Let us know in the comments below.

Far Cry 6 Will Have Danny Trejo, Rambo & Stranger Things DLCs for Free
Next
Roller Champions Racing Onto Consoles in 2021
Previous
Tell Me Why Chapter 3 Available Now