It’s a shame that in order to play the rich guy superhero simulator, you also have to be rich enough to afford a VR setup. However, if you are rich enough to have a VR setup, you life is about to get a little bit even better. Camouflaj’s newest Iron Man VR update that gives players more reason to get back into the armor, as if being Iron Man was not reason enough. A recent update puts more weapons in Iron Man’s arsenal, but it also adds an extra challenge if you are up to it. 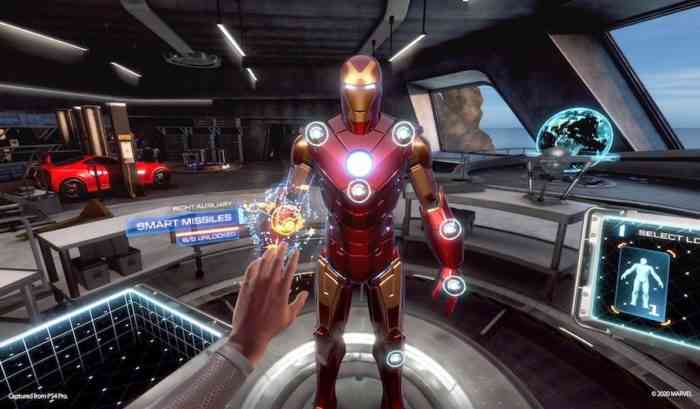 First, the update adds the Ultimate difficulty. This is one difficulty higher than Invincible and is a nod to the Ultimate comic book stories. The Ultimate difficulty won’t be totally punishing because of the New Game+ mode, which like many new game+ modes will allow you to keep all your unlocks and Research Points. There will also be four new weapons at your disposal that will definitely help on the Ultimate difficulty. First, you have Iron Man’s iconic Continuous Beam Repulsor, which is a narrow beam of energy that can fire long-distances. Next is the EM Charge Cannon, which is a chargeable blast for taking out enemies, if you are accurate enough. The Mirco Swarm weapon fires a bunch of homing missiles, good for getting rid of a group of enemies. Lastly, the Gravity Bomb will draw enemies into one spot so you get hit them all with a follow-up like the Micro Swarm.

The update also adds a bunch of quality of life improvements, like better loading times, new custom armor decos, skippable cinematics, and some of the side missions are skippable as well. Iron Man VR is available exclusively on PSVR.

Have you tried Iron Man VR? Let us know in the comments below.