We Could, But We Could Also Not

Remember G4TV? The MTV of video games? It had video game related shows such as Attack of the Show, X-Play, and… other ones? It launched in 2002, but had shut down in 2014. Earlier today, G4TV had risen from the dead on Twitter with a short video. The video shows scenes from a dark warehouse. It contains some subtle references to long-dormant shows, like a barrel of “zombie weapons”, a shipping container of interns (in bulk), costumes of the Wonder Twins, Nokia phones hanging from wires, and finally, a CRT TV displaying a game of Pong, which have scores approaching 10 million wins on both sides. The video ends with a 2021 tease and a comeback line “We never stopped playing”. 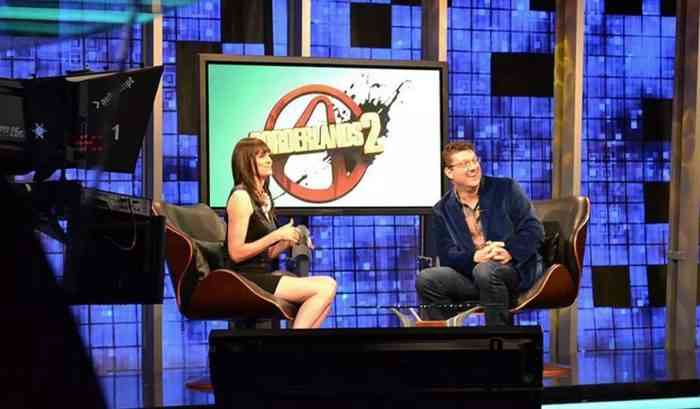 Many fans remember the shows, but even more the hosts that made the shows so memorable. No doubt Attack of the Show co-host Kevin Pereira will be involved in big ways. Though many of the other G4TV hosts and correspondents have moved on to other things in the industry and even to completely different careers. Some of the response from former hosts suggest they are not going to be involved or have not been part of this comeback. Actress, model, and former Attack of the Show co-host Olivia Munn replied with a GIF of herself in a Sailor Moon costume doing a sweeping, floss-like dance. Former X-Play co-host and my first celebrity crush Morgan Webb said, “I’m just impressed someone remember the password to the twitter”. A ton of other former employees and affiliates responded with welcoming messages such as Jessica Chobot, Sara Jean Underwood, Bruce Greene, and Victor Lucas.

What can we expect from G4’s return? It’s unlikely that Olivia Munn will be back in fan-service costumes, getting covered in various goos, stuffing things into her mouth, and licking things, so will it really be G4? Of course, there is so much nostalgia for this channel, but once it’s here, will that be enough to make it a success again? I don’t know. Maybe I’m just growing cynical in my post-15-year old point in my life. But hey, if Morgan Webb and Adam Sessler came back to do X-Play in that era where they strictly reviewed games, I’d watch it maybe.

Are you pumped for G4’s return or are you over it? Let us know in the comments below.