A brand new expansion for Gwent is on the horizon. Called Master Mirror this new free DLC is going to add a metric ton of new content to the game. CD Projekt Red has done a fantastic job with making Gwent one of the most player-friendly free games out there. With generous expansions like this, it is not hard to see why. 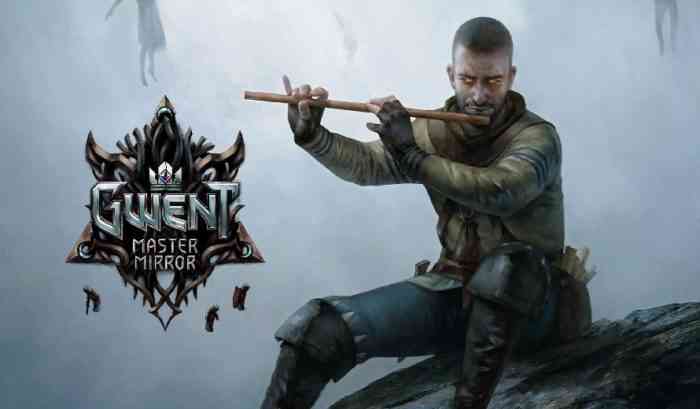 70 new cards are going to be added to the game. There is no clear breakdown of which faction is getting what but going off of past DLC’s it is safe to assume that there is everyone is going to be receiving plenty of cool new cards. There should also be a healthy supply of neutral cards that can be used by any faction. Master Mirror is also going to be introducing a new legendary card type. There is not a lot that we about this right new feature but it sounds quite similar to the event cards that were added with the Merchants of Ofir update.

New statuses and abilities are also on the way. This is surely going to flip the meta on its head in more ways than one. Cards that are already in the game are going to be tweaked as well in order to tone down overpowered cards and bump up underpowered ones. Master Mirror card packs will also be featured. Now might be a good time to start saving up ore and scraps in order to buy or craft the new cards when they become available.

Gwent might not have the same outreach as other online card games like Hearthstone, but it is certainly one of the best run titles available. Again, CD Projekt Red proves to everyone why they are one of the most beloved developers in the industry.

Master Mirror is scheduled to launch on June 30th.

Gwent is free to download on PC and Mobile devices.

Multiversus’ Season One And Morty Set To Launch Soon
Next
In Note to Employees, EA Pledges to Take Long-Term Action Against Racial Injustice
Previous
What We Can Expect to See in the Battlefield 5 Summer Update