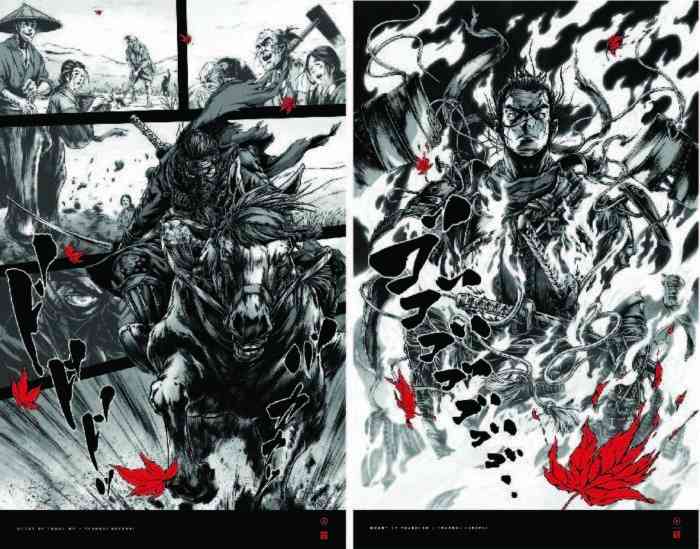 Each of the four highlights a different notable aspect of protagonist Jin Sakai’s character story: the wind that guides him, the flames that destroy his home of Tsushima, the mask he wears as the titular Ghost, and his wrath as he strikes back at the invading Mongols. 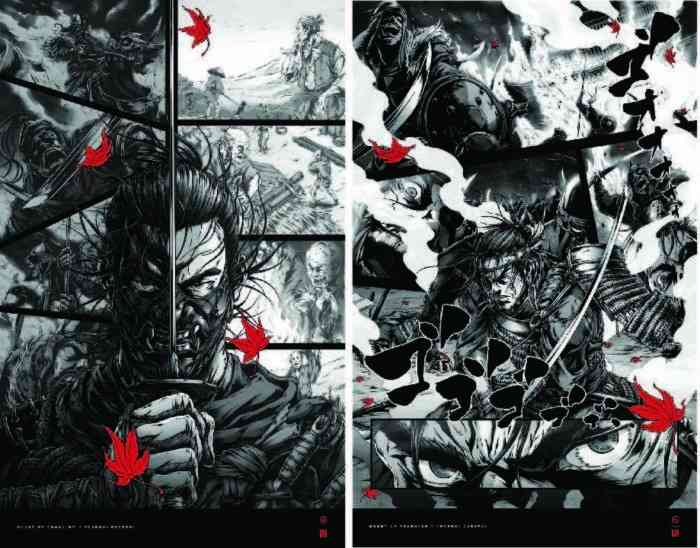 Sucker Punch is offering a sweepstakes for physical prints on the Funimation blog, and you can download mobile wallpaper versions of the pieces as well, here.

Of the collaboration with Sucker Punch, Takashi Okazaki said: “I love to create things I myself want to see or be passionate about. Ultimately, I love it when I see or hear people get passionate through my work. Even before I was offered the opportunity to collaborate, Ghost of Tsushima was something that captured my heart. I love “Gekiga” style mangas, and Ghost of Tsushima had a similar vibe to it. I took some inspiration from this, and took on the challenge of incorporating it into my work which I hope you’ll enjoy!”

Jason Connell, Creative Director at Suck Punch, also said in a PlayStation.blog article that Okazaki’s work was among those that inspired the art style of Ghost of Tsushima, a “wandering samurai fantasy with a beautiful, but dangerous world”.

On Twitter, the announcement was received with great enthusiasm.

I wouldn't mind a short anime film of this game ? pic.twitter.com/MSMTeQm0rY

Ghost of Tsushima is an action-adventure stealth game that tells the story of Jin Sakai, one of the last samurai on the Tsushima Island during 1274 Mongol invasion. While Jin is fictional, the historical events which the story is based on are very real.

Look forward to experiencing Ghost of Tsushima on the PS4 on July 14!