In recent weeks, the United States has been forced to take a good, hard look at its past, especially the bloody and dark parts, which are many. Protesters and activists have taken to forcibly removing statues of Confederate figures and slave owners all around the country. Quite a few organizations and companies have decided to retire or remove symbols and iconography from their events and line of products. One of the biggest instances is the removal of Confederate flags from NASCAR events. Following suit, Forza is also banning the Confederate flag from their games. 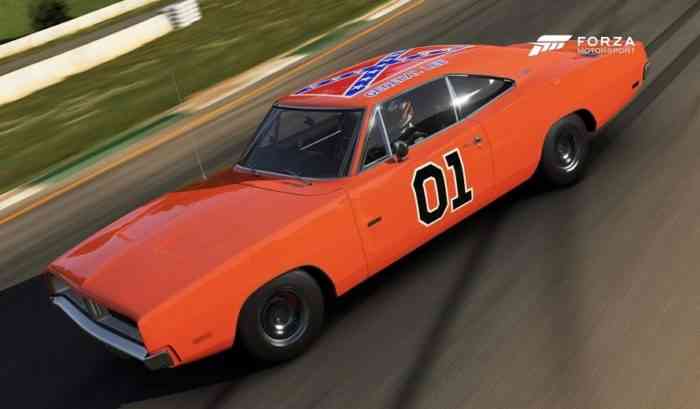 On June 26th, Forza Support tweeted out a short message informing fans and users that the Confederate flag will no longer be allowed in their games and is now considered “notorious iconography”. Along with this message, the Forza Enforcement Guidelines have been updated to reflect these changes. Normally, players do not have to read these types of guidelines because they usually cover common sense like no cheating, no abuse, and no offensive imagery or messages. The Confederate flag is now listed under “notorious iconography” alongside Swastikas, SS-runes, Wolfsangel, Black Sun, Arrow Cross, Iron Cross (with contextual clues), and Rising Sun.

Obviously, there are no in-game decal options depicting these symbols, but the customization capabilities in the game allow players to get pretty creative, and to that end they can make these symbols themselves. The iconic (now notorious) car from the Dukes of Hazard, the General Lee is a popular player-creation in the racing game scene, but will no longer be an option for players. The General Lee sports a large Confederate flag on the roof and is named after Confederate General Robert E. Lee, so what was once a symbol of good ol’ fashion boys being boys has now found its place as a racist remnant of Confederacy.

Are there any items on this list of “notorious iconography” that surprised you? Let us know in the comments below.