The PC Gaming Show dropped a truckload of announcements this weekend. One standout entry relegated to a single minute of screen time is Fae Tactics, a long-awaited RPG with a summer release window. The gameplay featured in the trailer should be very familiar to anyone who’s played Tactics Ogre or Final Fantasy Tactics. 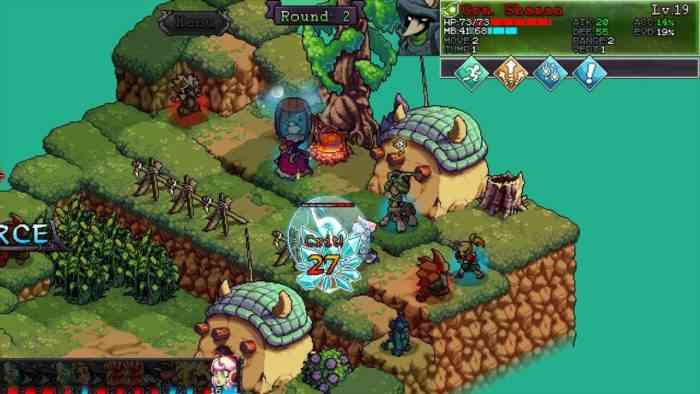 You play a summoner/magic user named Peony who’s assembling a merry band of fae creatures for adventure-based purposes. There’s a healthy mix of monsters and magic at play, along with some gorgeous pixel art. Presumably you’re all banding together to knock the stuffing out of some malevolent entity as well?

The trailer’s lack of story details is made irrelevant by the numerous mechanical systems on display. Rolling out a custom lineup of creatures whose attacks can form combos, managing stats and other systems, and cascades of character progression all hold a lot more appeal than whatever epic quest may be underway. Better still, there’s a Nintendo Switch version happening sometime later. If you’re incapable of exerting patience of any sort, the PC version is coming sometime this summer. I mean, it’s summer now, so hopefully we won’t have too much longer to wait. You can watch the short but sweet trailer below.

Into the Pit Review – Endless Pixel Chaos
Next
The Top 10 Game Deals You Should Buy Without Hesitation
Previous
Vampire: The Masquerade – Bloodlines 2 Collector’s Edition Detailed