Abilities of Every Kind

Crystal Dynamics is known best for their work on the Tomb Raider reboot series. Whether you noticed or not, 2013’s Tomb Raider was a big effort to represent as many different cultural backgrounds as possible. There were Hawaiian, Japanese, African-American, British, Scottish, and American characters. In their upcoming Marvel’s Avengers, Crystal Dynamics is planning on continuing their efforts to include a wide cast of characters of all abilities, and I’m not necessarily talking about superpowers. In a recent tweet, they unveiled one of their new characters Cerise. 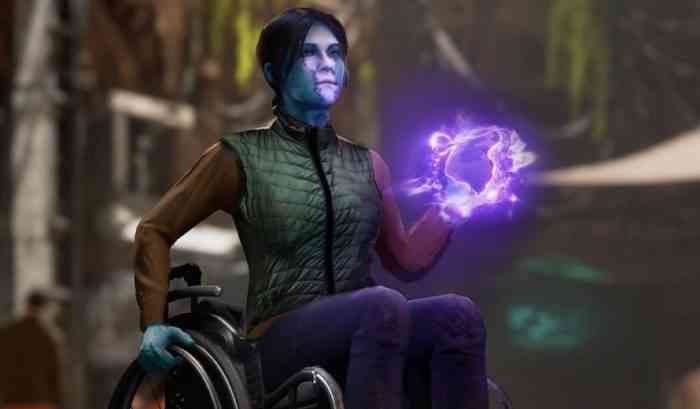 While this game’s Cerise is an original, Marvel Comics does own a cosmic character also called Cerise (no relation) from the Shi’ar Empire. However, Crystal Dynamics’ Cerise is an Inhuman, whose powers were unlocked by the Terrigen Mist, like Kamala Khan. She is also a wheelchair user. Her transformation shows her with blue skin with a light stripe down her face, similar to Nebula’s look in the MCU. Cerise is shown manipulating some sort of purple energy. Her powers and role in the game are still unclear. Cerise’s motion capture is done by Cherry Thompson, an accessibility specialist hired by Crystal Dynamics.

We recently chatted with @CrystalDynamics to discuss their efforts to increase #GameAccessibility for everyone and how those decisions are represented in Marvel’s Avengers. Head over to our blog for full details: https://t.co/srSC8lsdfL pic.twitter.com/vyvfX49MFc

Heroes with disabilities in comic books are not uncommon, but they are few. The most popular heroes include Daredevil, Professor X, and in some comic arcs Hawkeye. The Shi’ar Cerise in the comics has psionic powers that allow her to conjure up swords, shields, and other shapes, not unlike Psylocke. Perhaps the two Cerises are more connected than we think. Marvel’s Avengers is set to release on September 4th for PC, PS4, Xbox One, and Stadia.

What do you think of Crystal Dynamics’ efforts to be more inclusive? Let us know in the comments below.

Enjoy Marvel’s Avengers For Free As An Omega Level Threat Arises
Next
PlatinumGames is Happy Doing Their Own Thing
Previous
Player Beware, It’s A Goosebumps Game