Ziggurat Is Leading A 3DO Revival

Whether or not anyone remembers the 3DO, the system still left a noticeable mark on the 32-bit gaming records. From the FMV intros, to the beautiful cut-scenes, to the strange licenced games, this weird little console held all the hallmarks of the era. Now, Ziggurat is starting up a 3DO revival, starring every title Prism Entertainment ever released for the system. 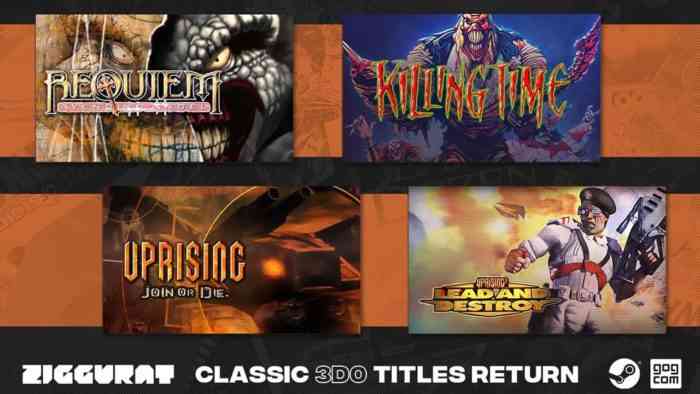 This comprises a handful of fascinating titles. Some good, some bad, and some weird. Captain Quazar was a goofy sci-fi shooter with a retro future vibe. Killing Time and Requiem: Avenging Angel were gruesome first-person shooters. Uprising: Join or Die is a mix of first-person vehicular combat and base building. All of them are prime examples of 32-bit gaming at its purest.

It will be interesting to see how Ziggurat approaches these releases.  Are they testing the waters for more 3DO releases in the further-flung future? If so, there’s plenty more weird 3DO games out there that could use a second life on PC. Gex comes to mind, first of all. We need a resurgence of smarmy animal mascots pushing console sales. All of the games mentioned (and even a few more) are out right this second on GOG and Steam.


Infamous Pac-Man World Record Now “Debunked” By Its Own Website

The Darkside Detective Series is Now Available on Atari VCS
Next
Bethesda Is Donating $1,000,000 Toward COVID-19 Relief
Previous
More Ty the Tasmanian Tiger Remasters Could Be Possible