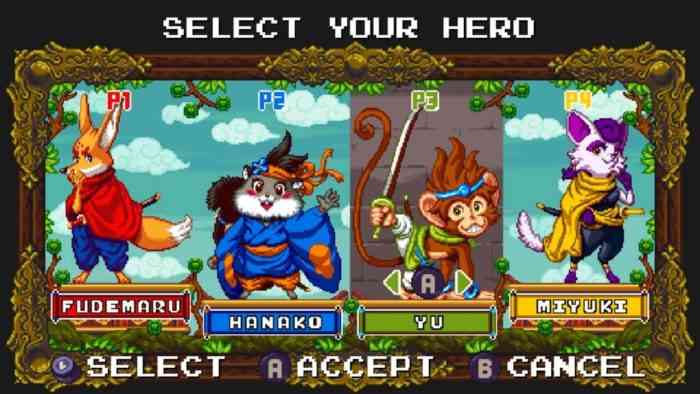 Also also, the game looks… super cool? I somehow have never heard of Kemono Heroes before now, which feels terribly wrong. It’s a four player pixel platformer wherein each different character has a unique special ability. Things like climbing ropes, scaling walls, gliding, and transforming. Plus they’re all rocking some sweet swords, if the power of rope use doesn’t seem sufficient.

You can check out the trailer for the game’s Switch release embedded below. Don’t forget about that other news I mentioned! Yes, they’ve announced two separate announcements, to be revealed next Tuesday and Thursday. It’s like news, but not at all. There are also some sweet games coming to Japan later this year, but they’re niche visual novels. Will we see them here in the West? Probably not! Still, one can dream. Kemono Heroes is available right this second on PS4, Xbox One, PC, and of course, the Nintendo Switch.