Shenmue 3 has been a long time coming, but fortunately for fans, that does not mean DLC wait times will be as extreme as with the main game. In fact, a couple of days ago, it was announced that the Shenmue 3 Story Quest Pack would be released imminently, like this upcoming week. It is unclear what exactly this DLC will be focused on, but fans of the series may be able to pick up a hint or two from the screenshots released alongside the announcement. It appears that Ryo will once again be meeting Zhang Shuqin. 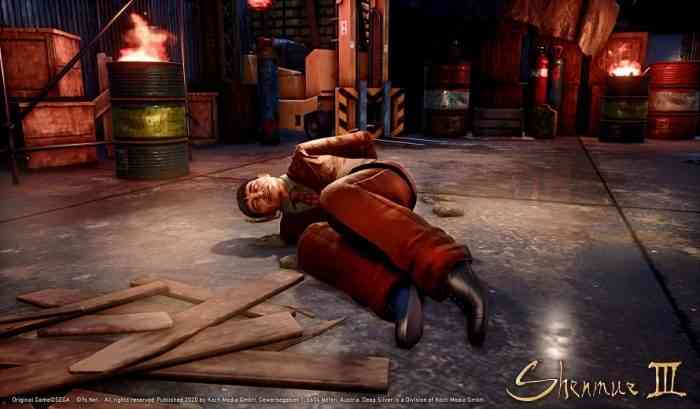 For the uninitiated, Zhang Shuqin first appeared in Shenmue 2. He is an aide of Yuanda Zhu and helps Ryu look for him. Though it seems that Ryo needs Zhang’s help, Zhang often finds himself in peril, which Ryo always ends up bailing him out of. A few times during the events of Shenmue 2, Zhang gets captured. In one of the three screenshots released by the Shenmue 3 Twitter account, we can see him tied up. Looks like Zhang is up to his old ways of being held hostage. Other than that, there is not much information about the DLC to go on.

Nothing is as it seems…
???? In the latest #Shenmue3 DLC, our intrepid adventurer #RyoHazuki will cross paths with a familiar face.
???? The “Story Quest Pack” will drop on February 18th 2020 – are you ready? pic.twitter.com/VQiaSxkjYk

The DLC is called Story Quest Pack, which is super vague and doesn’t really sound like any traditional DLC title. It does suggest that there will be story content, and maybe even multiple missions or episodes since it is being called a Pack. Whatever it is, the Story Quest Pack will be available on February 18th. Shenmue 3 is available on PS4 and PC.

What are you hoping for from the Story Quest Pack? Let us know in the comments below.


Ships of Fortune Brings More Content to Sea of Thieves