Crash Bandicoot Rumored to Be Getting a Mobile Exclusive

According to Twitter users JumpButton and Motwera, Crash Bandicoot may be one of the franchises Activision-Blizzard is interested in moving to Mobile. Apparently the Mobile title will be an endless runner, similar to Rayman Jungle Run, Temple Run, etc. Temple Run is developed by studio King, who are owned by Activision-Blizzard and the companies CEO Bobby Kotick recently said they intend to expand on Mobile so it isn’t a far fetched rumor. The game is available to sign up for but Activision-Blizzard’s flagship Mobile game, Call of Duty: Mobile is available on iOS and Android now. 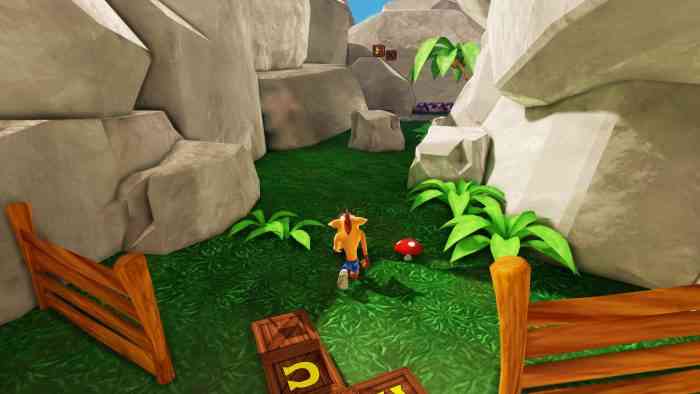 JumpButton and Motwera were able to find the registration page for the upcoming Crash Bandicoot Mobile game by searching the name on Facebook after previously being a fan of the Facebook page tied to the Brazilian ads. It’s unclear if Bandicoot fans can only sign up for the game through such methods or if they’re hidden on other pages until Activision-Blizzard decides to fully open registration. If gamers are able to sign up for the game, then it’s possible it will receive a beta testing phase or early access.

Activision-Blizzard CEO Bobby Kotick recently talked about the companies enthusiasm for branching out into Mobile and we think that an endless runner based on the Crash Bandicoot character is very fitting. JumpButton said on Twitter: “Crash Bandicoot Mobile game revealed. Investigation by myself and @Motwera. This game can be signed up for now it seems.” We aren’t too sure when Activision-Blizzard will open up access to this mobile game for everyone but more Crash is always good.

Would you try an endless runner focused on Crash Bandicoot? What’s another Activision-Blizzard property that you’d like to see transition to Mobile? Let us know in the comments below!


Oops! – Kingdom Come: Deliverance Is Not Coming to Nintendo Switch

You Can Play Crash Team Racing: Nitro Fueled for Free This Week
Next
Enayla Cosplay Will Warm Your Heart in These Frigid Months
Previous
Untitled Goose Game Developers Are Giving Back to the Indigenous People of Australia