Doom Eternal will not have microtransactions or any type of an in-game store. Unlocks such as cosmetic items will only be able to be unlocked through experience points. No extra money will need to be spent. Despite how hated the idea of microtransactions is within the gaming community, developers almost always put them in their games. This problem is of course on a spectrum, but generally speaking, gamers loathe the idea of paying more money than they need to. 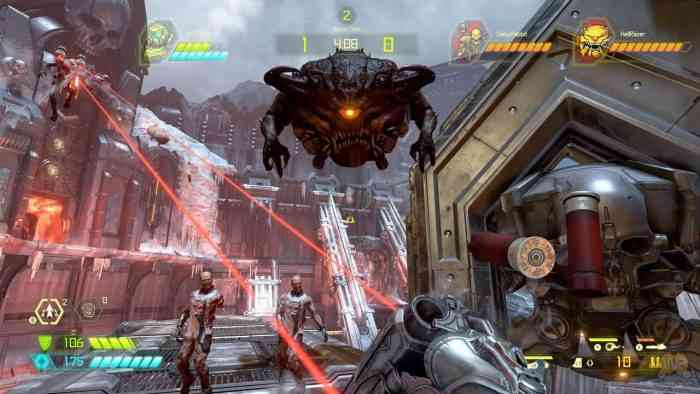 One of the leads behind the Doom Eternal project took to Facebook to release a statement about their decision to remove microtransactions. Hugo Martin wrote, “Eternal is a $60 game, not a free-to-play game or a mobile game – we are giving you a complete experience with no store just like you’d expect..” He continued, “Unlocking skins with XP is a part of the experience if you care about that stuff, or you can completely ignore it”.

It might seem like low expectations, but it is a breath of fresh air to see a company finally recognize what fans want to see. The reboot of the Doom franchise has been a major success so far. It’s nice to see the developers continue to remain in touch with their fans. Hopefully, more developers will follow suit and ax the idea of paying for things in-game altogether. It has become one of the most unpopular things within the gaming community and continues to pop up within a majority of games.

Doom Eternal is going to be launching on March 20th, 2020 for the PC, PS4, and Xbox One. If you have never had the chance to play the first Doom game then you can find it cheap on Steam. The classic FPS pioneer is back and better than ever.