A Year Of Rain Launches on Steam Early Access

You Can Play A Year Of Rain Right Now This Second!

A Year Of Rain is an upcoming indie RTS game that launched on Steam Early Access on Wednesday. Set in a “desolate” fantasy world, players must chose which of the three warring factions, The Wild Banner, The Restless Regiment, and House Rupah, to support in the game’s story-heavy campaign mode.

The Wild Banner is described as a mishmash of “fierce survivalists, reclusive nomads, monstrous humanoids”, The Restless Regiment is composed of soldiers, “beasts”, and zombies and House Rupah is basically a bunch of rich people.

A Year Of Rain’s campaign can be played with a two-player co-op mode and there’s also a separate 2v2 “Skirmish” mode. A press release gave details on how Skirmish mode works: “At the beginning of a match, both teammates choose between three different roles: tank, damage and support. Each comes with different bonuses for their respective armies and the overall team, allowing for a multitude of strategic combinations and synergies.” 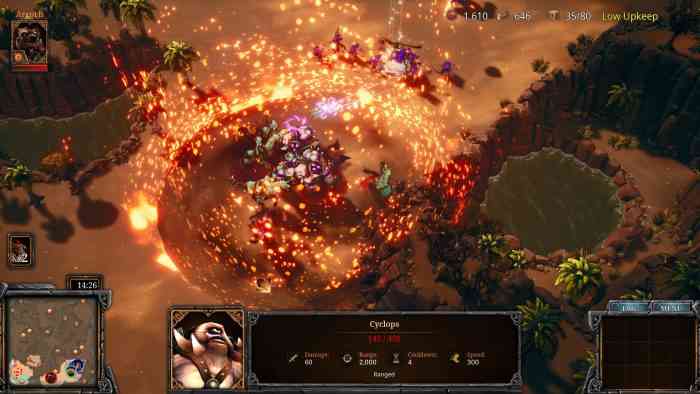 Another 2v2 mode, “Against All Odds”, is an asymmetric multiplayer mode where two players fight against two armies. However, the game’s developer & publisher Daedelic Entertainment says this mode will launch “later during early access”.

As for how long A Year Of Rain will be in the early access phase, Daedelic Entertainment “expect to reach full release state after about one and a half years of Early Access.”