“Mom, Can You Buy Me the SpongeBob Game?”

The 2003 title SpongeBob SquarePants: Battle for Bikini Bottom has a huge cult following among speedrunners and SpongeBob fans alike. The announcement of the remake was welcomed by pretty much everyone and now that its release is on the horizon, the fans’ devotion will be tested. Other than the standard edition of Battle for Bikini Bottom Rehydrated, there is the Shiny Editon and F.U.N. Edition, both of which carry a hefty price. Of course many fans will want this, but only the hardcore fans with deep pockets might actually get it. 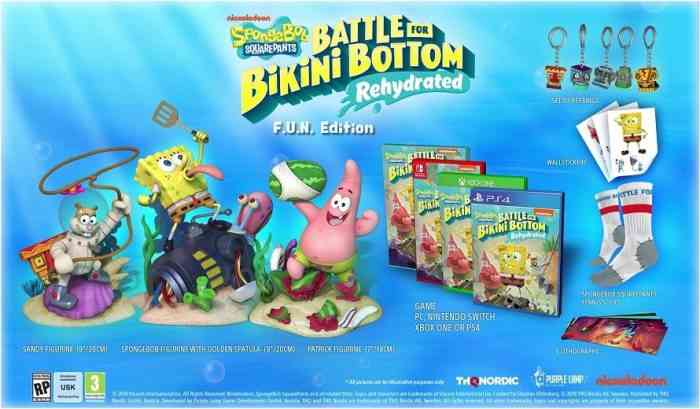 Thankfully, fans who just want the game can get it on its own for $29.99 USD. It is after all a remake of a 16 year old game. SpongeBob SquarePants: Battle for Bikini Bottom Rehydrated will be out on July 17th, 2020 for PC, Xbox One, PS4, and Nintendo Switch. You can pre-order any edition for any of the platforms.

Will you be getting any special edition? Let us know in the comments below.


It’s Official – Myst Is Coming To PC And Mac Again