Rage 2’s DLC Rise of the Ghosts launched on Thursday for PC, PS4, and Xbox One. Getting this DLC involves buying it in the in-game store for $15 USD (which is equivalent to 1,500 RAGE Coins). However, if players own the deluxe edition of the game then they get the DLC for free. 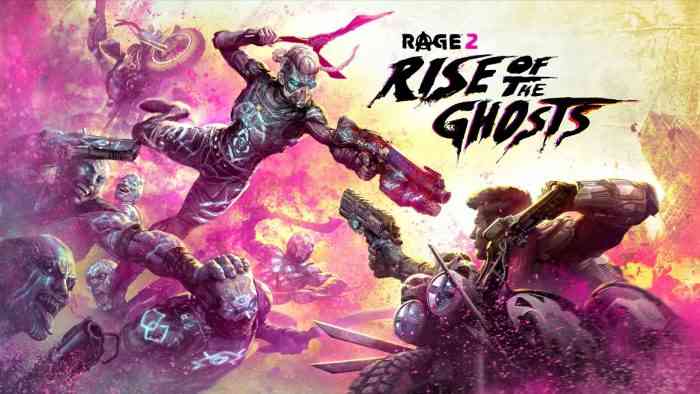 Here’s the DLC’s premise, per a press release:

“The sadistic Ghosts have made their way back to the wasteland under the leadership of a mysterious new villain, Iris. Spreading their nanotrite-infused influence while attempting to lead the world into a so-called brighter dawn, the Ghosts are a crazy force to be reckoned with. Explore a brand-new region, face a lethal new faction, and gain access to a new weapon and ability in Rise of the Ghosts.”

Naturally, in order to play the Rise of the Ghosts DLC, you’ll need to own the full game. If you haven’t bought Rage 2 yet but are thinking about it then read our review first. “Combat in Rage 2 feels smooth as glass, with every gunfight playing to a violent rhythm,” our reviewer wrote. “Travelling throughout the world is fast and engaging, with every pit stop bringing new wonders of varying quality. Even the stock-standard open world components have been polished to a vibrant sheen.”