You Can Play as Dave Bautista in Gears of War 5

Whether or not you know Dave Bautista from his days as a WWE wrestler or as a movie star, it can be a safe assumption that you like the guy. Who doesn’t? Well if you happen to love Dave Bautista and love Gears of War, you are in luck. That is because Bautista is going to be a playable character in Gears of War 5. No this is not a joke. 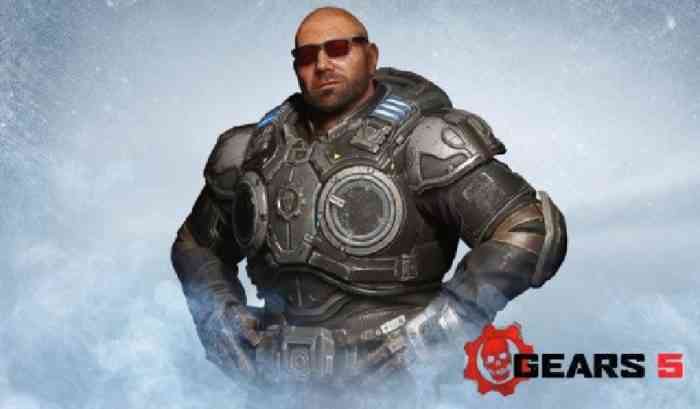 The addition of the pro wrestler is a shade ironic. Bautista has been overly adamant that he should be cast as Marcus Fenix in the new Gears of War movie that is currently in development. However, Bautista was unable to land a role in the movie due to the fact that the film is going to be straying away from the source material that the games provide. The movie is simply not going to have a Marcus Fenix character to play. Which really is a shame. If there is anyone on the planet who looks like Marcus Fenix, it’s Dave Bautista. While Dave might never get to live out his dreams of playing Fenix on the big screen, he now can at least be in the same video game as him.

“We started with the fantasy of ‘Batista as Marcus,’ putting Batista into Marcus’ armor, and starting with Marcus’ script. Then we added elements of ‘The Animal’ Batista into his voice performance and onto his look by adding his signature Hollywood shades to his character,” said director Rod Fergusson.

Bautista’s appearance in the game is because of a partnership between the WWE and Xbox. Not because the people at the Gears of War studio were feeling especially charitable. Either way, it doesn’t really matter. As long as he is there delivering cheesy action lines.

Halo Infinite Is Getting ‘Something Big and New’, Says Dev
Next
Rajang Coming To Monster Hunter World: Iceborne
Previous
Modern Warfare Campaign About as Long as the Others