Microsoft Mobile Controller Is a Mix of Xbox and Nintendo Switch

Gaming On the Go Is Getting More Accessible

As mobile gaming is gaining more and more credibility, the desire for accessibility grows. Unfortunately, that growth has been outpacing the steps developers have been taking in meeting the desire. That is, until recently. The Nintendo Switch, loved by nearly everyone who has it, has made arguably the largest step forward for a console gaming experience with a mobile device. The prototype of the Microsoft Mobile Controller appears to be drawing a lot of inspiration from the Nintendo Switch Joycons. While it resembles the Xbox button layout, the defining features scream “Switch”. 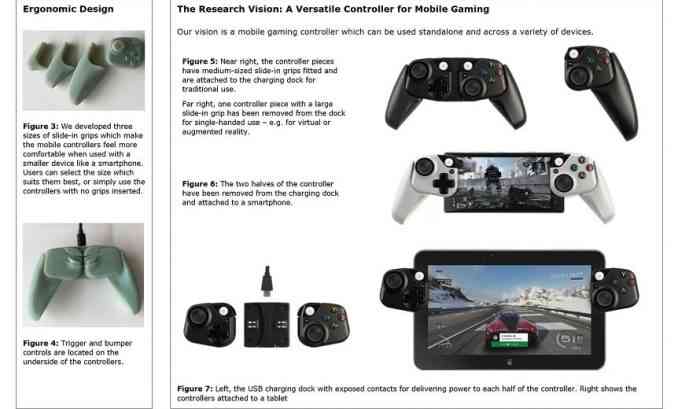 While it is likely that they will connect via Bluetooth, it is unclear right now how exactly the controller will grip the various devices. We all know that our device have different shapes and sizes, especially because a lot of us have phone and tablet cases, some very bulky. This design is far from consumer-ready, it looks like a step in the right direction.

Would you like a controller like this for your phone? Let us know in the comments below.