Maybe they’re not the mightiest, but they are some of the coolest. Just a few days ago, Marvel Ultimate Alliance 3 was released on the Nintendo Switch. Not even really giving fans a chance to breathe, additional characters to plays have been announced. There will be multiple rounds of Marvel Ultimate Alliance 3 DLC, both paid and unpaid. The first couple of DLC packs have been announced and it appears that the characters may be grouped with related heroes. 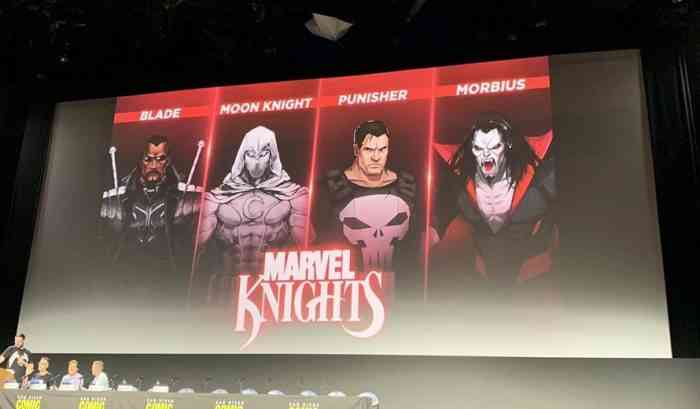 Unlike the Cyclops and Colossus pack, the Marvel Knights pack will be paid and there is no release date announced. With more than a month until the free DLC, the paid pack with Blade, Punisher, Morbius, and Moon Knight could perhaps be released before then. There will also apparently be at least two more paid DLC packs. Also, check out our review of Marvel Ultimate Alliance 3.

What other characters would you like to see in the game? Let us know in the comments below.