Rage 2 is getting a new campaign titled “Rise of the Ghosts”, a mech suit, new weapons, a couple of cheat codes, two new vehicles, and more, according to the game’s recently revealed DLC roadmap.

This new content is expected to come to the game “over the next month” and Bethesda has provided a lot of details about what these upcoming additions will be.

The “Rise of the Ghosts” expansion releases this year and brings “an entirely new questline, region to explore, and faction to the game” along with a new weapon and special ability. Additionally, Rage 2’s developer team is working on “new difficulty modes and a New Game+ mode”. More info about these new modes will be revealed in the near future. 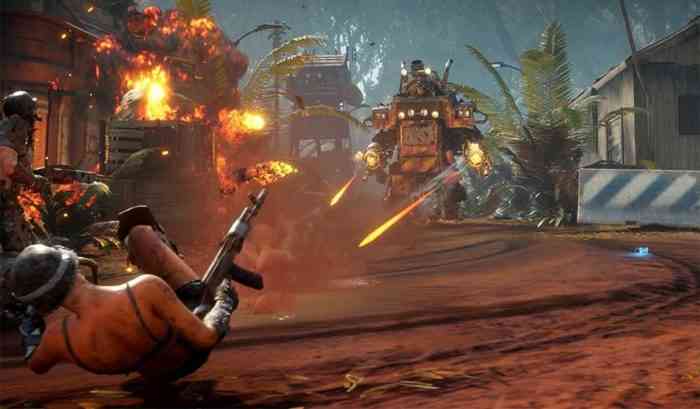 Meanwhile, two new Rage 2 dynamic events, “Bug Swarm” and “Global Worming”, will bring new enemies for players to fight as they travel the open world while the two new vehicles, the one-wheeled “Armadillo” and “Ghost” motorcycle, will be new ways to get around.

Additional info about the roadmap can be read here. If any of the above makes you want to buy Rage 2 then read or watch our review of the game before purchasing it.